North Korea remains inscrutable to many outsiders, making it a tantalising prospect for many adventurous travellers. Now one has come back with rare pictures of ordinary life inside the country.

The guesthouse where Eric stayed. Image by Eric Lafforgue

Photographer Eric Lafforgue has visited North Korea six times in total. In his most recent stay, he visited a fishing village called Jung Pyong Ri in the North Hamgyong province and stayed in a kind of Airbnb in the quiet town. "I had to wait years before this sort of North Korean Airbnb came into existence so I'm thrilled when they finally tell me that I could do it."

Originally he thought he was being sold an experience that didn't exist. "Immediately, I fear I'm in a North Korean tourist trap, complete with actors portraying reality like I already saw in Pyongyang Hospital."

Children wave at Eric. He suspects he may be the first European they have seen. Image by Eric Lafforgue

Despite this, Eric did learn about some of the hardships that ordinary North Koreans face here. He stayed with the chief of the village who proudly shows him a photo of his son, a sergeant in the army. “We have not heard anything from him in a long time”, the chief admits. “We’ll see him after the reunification of North and South Korea.”

A framed photo of the village chief's son. Image by Eric Lafforgue

The home he stayed in was filled with toys and propaganda, and he said that every house he visited had pictures of the ‘Dear Leaders’ on display. Here, he stayed in a clean and tidy room, but found no bed. Instead he spent his nights sleeping on “something resembling a light futon”, much like the locals do.

“According to my guide, every family in North Korea has at least three television sets”, Eric said. “One TV is broadcasting an old black-and-white Russian movie, while the home stereo plays melodious anthem-like songs. The combination of the two creates cacophony.” He said he feels this was a part of the North Korean propaganda to show they have the latest technology.

The chief admits that life is very hard in the winter and sometimes the food supply is low, although Eric suspects the famine is much harder than that. "From my bedroom window, I can see emaciated oxen with carts full of wood and women carrying heavy loads. I also see some girls picking flowers for a bouquet, and others picking grass in Red Cross bags to eat for lunch."

After his dinners, he was often entertained with music, singalongs in the dark after the electricity goes out at 9pm or with out of tune guitars. Music is an important part of life in North Korea, though the villagers say they don't listen to Western music.

Music is an important part of life in North Korea. Image by Eric Lafforgue

Eric believes he may have been the first European to ever venture to the village. Although he promised to return, he claims that as a result of the images he has been banned from returning to North Korea. 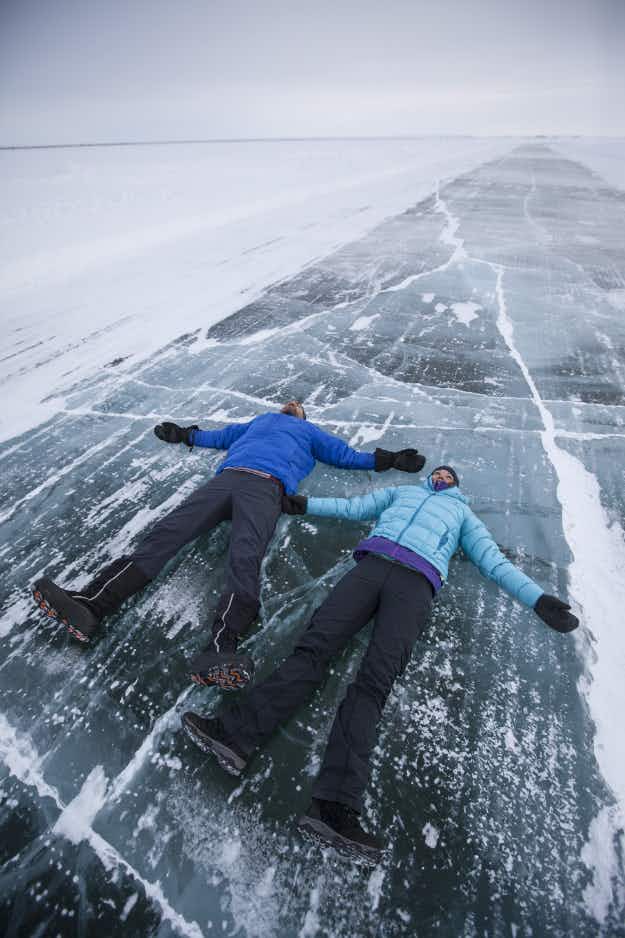 This is your last chance to drive the famous frozen… 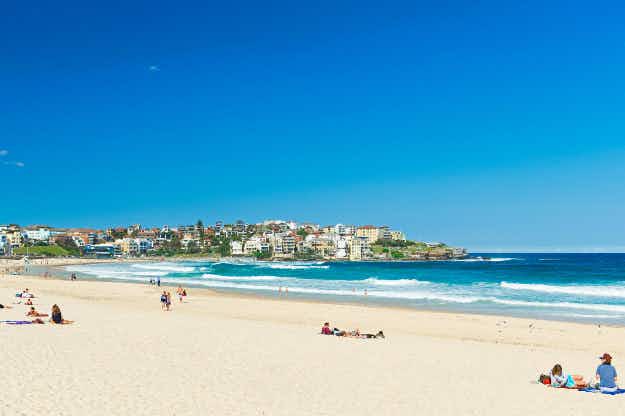 Bondi Beach lifeguards are saving lives all around the world…