Return to a different era: no cars for 30 blocks to mark Earth Day in New York City

Yellow cabs, teeming sidewalks and honking horns are trademarks of life in the city that never sleeps. But on 22 April – Earth Day – 30 blocks of Broadway will be completely car-free for six hours. 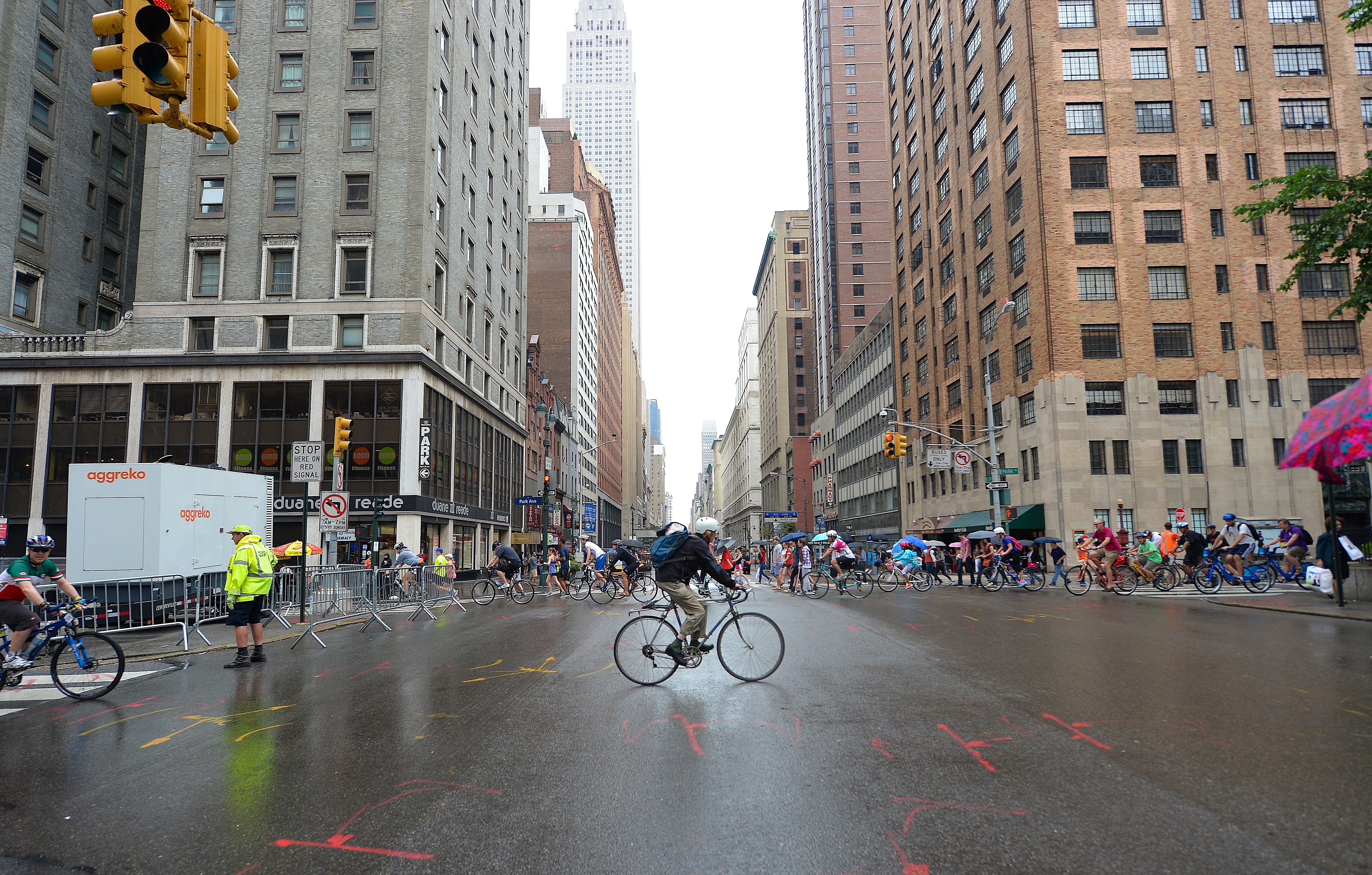 ‘We’re showing New Yorkers the potential of a car-free Broadway and what open streets can look and feel like’, says New York City council member Ydanis Rodriguez. ‘Car Free NYC’ will be celebrated in the span between Union Square and Times Square, which will be open to pedestrians, cyclists and unicyclists (this is New York, after all) only between the hours of 10am and 4pm.

Sustainability workshops, exercise classes and other health-focused events, as well as musical performances, will take place in the area during the street closure, giving New Yorkers a reason to congregate outside and enjoy the increased community space. CitiBike rentals will also be free.

Car-free events are a chance for people to realize just how much space and resources are given to cars  – and how much calmer and quieter, not to mention cleaner, a city can feel without traffic. ‘If we're going to craft a sustainable future for our city and our planet, cars will not be the answer and Earth Day is the best opportunity to make this point clear’, says Rodriguez. Streets in the Bronx, Queens and Brooklyn will also be closed to cars on Earth Day.

This is the largest street closure in New York City yet, following a successful car-free Earth Day event last year. The concept of periodically car-free streets started in Bogota in the 1970s; the city now closes 70 miles of roads to cars every Sunday. The idea was adopted in many European cities as ‘Open Streets’, and is gaining momentum in the US, with cities like Los Angeles, Minneapolis and even Nashville jumping on board in recent years.

New York City also opens up seven miles of streets to non-vehicular traffic on the first three Saturdays in August as part of its Summer Streets program. Much of Times Square was closed permanently to car traffic in 2009.