A tiny town in New Zealand’s south island is suffering from a major employment problem – it hasn't enough people to fill all the available positions.

The town of Kaitangata  with 800 residents has a very unique jobs proposition for people willing to locate to that area of New Zealand.  Image courtesy of Clutha District Council

Picturesque Kaitangata, with 800 residents, has now launched an attractive package for new recruits  in an attempt to entice people to relocate to their area where both houses and land are attractively priced. The hope is that being offered homes and land parcels for NZ$230,000 or ST£122,000, people struggling in some of New Zealand’s larger cities will be tempted to relocate, according to the Guardian.

The jobs on offer on the south island of New Zealand are linked to the dairy processing and related freezing works surrounding dairy products. Image by Dave Young / CC BY 2.0

The mayor of the Clutha district, which includes Kaitangata, Bryan Cadogan, claims there are more than 1000 jobs unfilled in his district because there simply aren’t sufficient locals to meet the demand. He recalled that he got a chance when he himself was unemployed and he would now like to open similar opportunities to other families who might be finding it hard to survive.

According to the Mayor of Clutha, many New Zealand families in and around big cities are finding it hard to make a living and his area offered them the Kiwi dream to own their own home and raise a family. Image by Nick Kean / CC BY 2.0

Mr Cadogan also produced a statistic that would be the envy of any mayor in any part of the world. He emphasised that they had got youth unemployment to as low as two. “Not 2%,” he stressed, “just two unemployed young people.” Among the chief sources of employment in the Clutha district are freezing works and dairy processing plants. Due to staff shortages, the employers have found the need to bus workers from the Dunedin area over an hour’s drive away. Mr Cadogan said that owning your own home and providing for your family was a cherished Kiwi value which wasn’t always possible nowadays. He said he was saddened that life had become an endless slog for many citizens. Evan Dick, a dairy farmer, is spearheading the recruitment drive to the remote area. “In Kaitangata the Kiwi dream is still a reality,” he said, adding, “we are waiting with open arms.”

Doughnut cones are taking over Instagram and maybe the world… 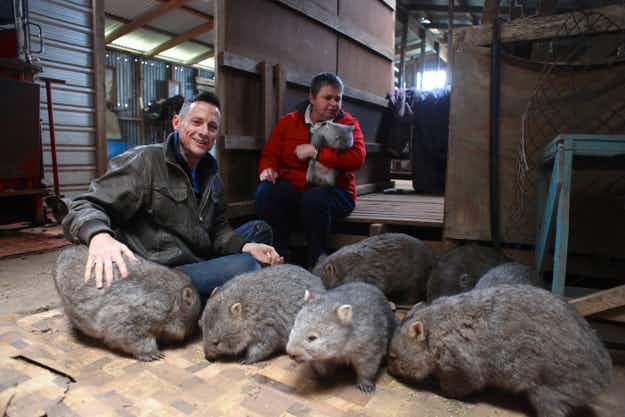 See the lucky winner of the “chief wombat cuddler” competition…