A photographer from New Zealand is on a mission to take a picture of every single sunset and sunrise for the entire month of January, having set the goal for himself as a new year’s challenge.

For as long back as he can remember, Talman Madsen has tried a new experiment every January. While past efforts include going the whole year without chocolate or attempting to see 500 shooting stars (which ended up being 365), this year the photographer wanted to push himself to showcase the beauty of the sunrises on offer across Auckland and the surrounding cities. The project has seen Talman trying to find the best beaches, lookouts, cliff edges and mountains to feature.

A one-hour hike took Talman the a spot overlooking Bream Bay where he took this shot. Image by Talman Madsen/Diimex.com

The task hasn’t been without its challenges however, often requiring him to spend four hours every morning and four hours every night shooting, often facing tough weather conditions. “It has pushed me creatively, as many times there has been no sunset or sunrise, just a wall of grey, in these moments I've had to improvise and infuse strong foreground elements into the images to portray the sense of the time of the day. The other day I photographed a sunset in 50-kilometre-per-hour wind gusts with horizontal rain, it was tough trying to get a shot where my lens wasn't covered in water droplets but I got there in the end,” Talman told Lonely Planet Travel News.

Talman's project has resulted in a lot of lost sleep. Image by Talman Madsen/Diimex.com

Another lesson Talman learned was about the unpredictability of sunrises and sunsets. “Often times I've thought it was going to be amazing, only to find that there was no colour or it ended up being dull. On the other hand, there have been times where I have thought it was going to be hardly worth my time only to have the sky erupt into a beautiful array of colours!”. Talman also said that the old saying, "red sky at night, shepherd’s delight, red sky in morning, shepherd’s warning" has stayed true and to date hasn't been wrong when predicting the weather.

A sunset at the Muriwai Gannet Colony showing a bird swooping past the camera. Image by Talman Madsen/Diimex.com

Talman has been sharing short videos of the experiment on his Instagram account, with many people saying that they love the results. When it comes to sleeping however, he hasn’t been getting much. “I have had to change my sleep schedule so that I only sleep four hours maximum at night. I then aim to get another two-hour nap in during the day when possible,” he said. More of Talman’s work is available on his website.
Get the top travel news stories delivered straight to your inbox every weekday by signing up to our newsletter.

Archaeologists may have found the fabled King Solomon's Mines in… 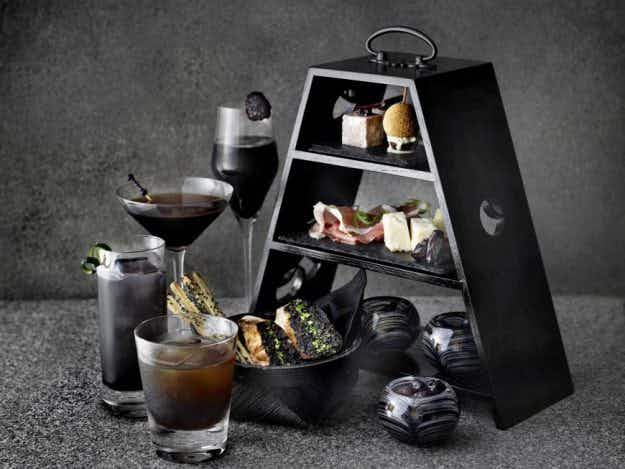 Now you can enjoy black afternoon tea and cocktails at…