Visitors to one of Italy’s most iconic sights will soon be able to see it from a whole new angle; on top of a giant Ferris wheel.

View of the Cathedral and Leaning Tower of Pisa at Piazza dei Miracoli. Image by Westend61/Getty Images/Westend61

The leaning Tower of Pisa attracts more than one million visitors every year and now the city is hoping to add a new Ferris wheel towering 165 feet in the air; just 18 feet lower than the famous tilted tower.

The Pisa Ferris wheel will be located in a nearby car park for at least three months of the summer, to test how popular the attraction will be. From the top, visitors will be able to see the top of the tower and look out over the Mediterranean Sea.

The announcement was made on state television on Sunday by the city’s cultural assessor Andrea Ferrante, but not everyone has reacted positively to the Pisa Ferris wheel. Italia Nostra, a non-profit group dedicated to preserving the country’s rich cultural heritage, has denounced the planned attraction, stating that it will detract from Piazza dei Miracoli, the Unesco World Heritage site where the tower is based.

Italy’s national and local governments spend billions every year preserving Italy’s rich heritage and, after years of austerity, it has become a top priority once again. In the past year, the country has declined to make further submissions to Unesco, choosing instead to focus on their lesser-known cultural sites and making preservation funds more readily available.

NASA is developing 'quiet' supersonic passenger planes that could be… 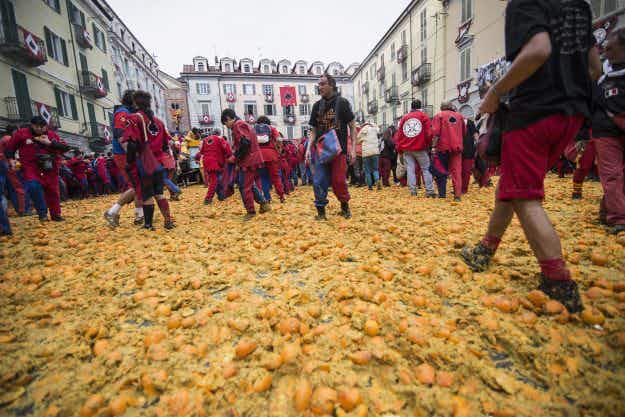 The Italian town of Ivrea holds its annual orange battle…