When love breaks down....donate your mementoes to LA's newest museum

On screen and in song, Los Angeles is often depicted as a repository of broken dreams. So it's perhaps fitting that LA's newest museum is devoted to the subject of love gone wrong.

The Museum of Broken Relationships is awkward to say and its premise is bleak, but as it turns out, this innovative little museum on Hollywood Boulevard is about as tender-hearted and redemptive as any celluloid tearjerker. More a sophisticated work of conceptual art than a conventional museum, the MoBR explores the universal theme of heartbreak from just about every conceivable angle. Its power to move derives from the ordinariness and magic of the objects on display, and the stories behind them. Every artifact in the museum's collection has been donated by anonymous donors from across the world. Beside each artefact is a story explaining its meaning written by the donor. "Only one time has anyone asked for an object back", says the museum's director, Alexis Hyde, "and that was because the couple got back together."

Highlights include a wedding dress in a jar, an iron used to iron a wedding suit, an (almost) complete collection of the Lone Wolf and Cubmanga (a relic of a relationship torn apart by post-traumatic stress disorder), and a transplant caretaker manual. The manual was sent in by a donor whose transplant-recipient partner broke things off two weeks after the operation. There's even a confessional where visitors can write the story of their own heartbreak. Hyde says working with these objects has made her bolder in her own relationships. "You realise, slowly but consistently, that no matter your age, sex, creed, race, socio-economic status, or sexuality, this is everybody. Nobody is immune to this kind of feeling, and I think that's very connecting and beautiful."

The founders of the concept are Croatian artists - and former couple - Olinka Vištica and Dražen Grubišić, who in 2006 wondered what to do with objects that had been meaningful to them. They created a travelling exhibition that grew, by 2010, to become an award-winning Zagreb museum. LA lawyer John B. Quinn discovered the museum on a family trip to Croatia in 2015 and decided to open a sister museum in the heart of Hollywood. Although the museum can only display about 300 of the thousands of objects it's received, donations are still being accepted. The Museum of Broken Relationships is open daily. Entry is $18/$15. 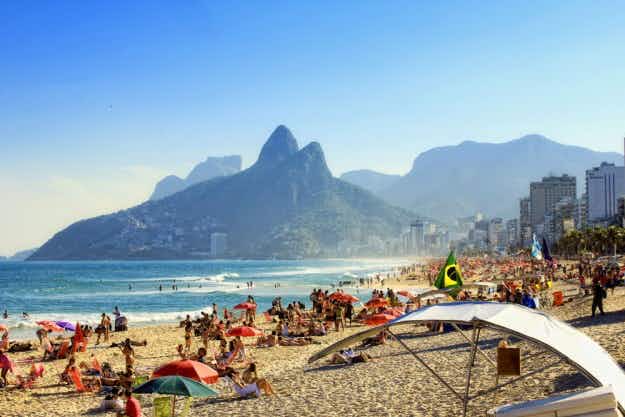 Rio announces its Olympic hospitality houses, the cultural hubs that…

This month you can follow the yellow brick road through…