Chile’s national parkland area is set to expand by ten million acres in the near future.

This new agreement will create three new national parks, expand three existing ones and turn some smaller forestry areas into bigger parks. As well as protecting the environment and Chile’s biodiversity, they will also provide employment for up to 43,000 local people through conservation efforts and eco-tourism.

These new Chile national parks will help create the proposed Ruta de los Parques (Route of Parks) encompassing 17 national parks stretching on a 1500 mile tourist route from Cape Horn to Puerto Montt. With such activities as hiking, sea kayaking and mountaineering on offer, a study last year said it could generate $270 million for the country.

The announcement came last week with the government to donate nine million acres of land while another million has been donated by the widow of famous conservationist Doug Tompkins. Mr Tompkins is the co-founder of the North Face clothing brand and spearheaded efforts to create and expand national parks in the Palena province and in Argentina.

Chilean President Michelle Bachelet said in a ceremony announcing the handover, that “this is a key step to treasuring this giant source of biodiversity and safe-keep it in the public interest.” She was joined by Kristine McDivitt Tompkins - herself the former CEO of Patagonia Clothing - who praised her husband’s vision at the event. “I know that if Doug were here today, he would speak of national parks being one of the greatest expressions of democracy that a country can realise, preserving the masterpieces of a nation for all of its citizenry.”

The deal is due to be finalised later this year and so far prospects are good at successful completion, with no reports yet of any objections from locals or the country’s logging industry. 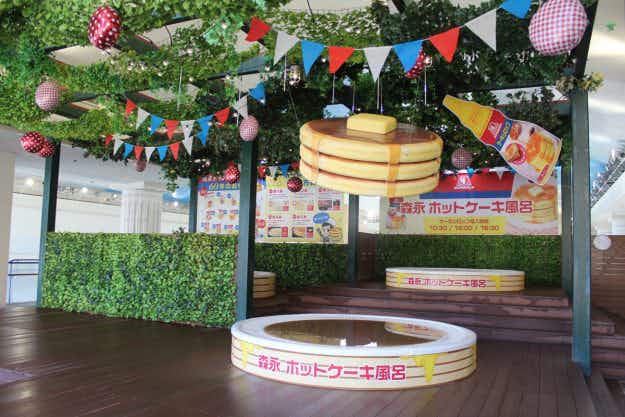 This Japanese spa allows guests to bathe in a giant…

Adele visits the Neighbours street like every other Brit who…