Photographers’ dreams were stirred when, in December 2015, the National Park Service advertised a job listing for a full-time photographer with a salary up to nearly $100,000 a year. The job required quite a bit of traveling (five to ten days per month) and experience in a vintage style of black-and-white photography.

Bloede Dam on the Patapsco River in Maryland. Image by Jarob Ortiz

A friend had taken an introductory course at the Milwaukee Area Technical College. “One day he had brought home a piece of slide film,” Mr Ortiz recalls. “I didn’t know what to do with it. ‘Hold it up to the light and look at it.’” Instantly he was hooked. “Here was this substrate that’s interacted with light, and based on all these technical rules that surround it, you’re able to capture this moment in time. It took me only one week to secure my first camera.” Since then, he’s spent every single day shooting or doing something with photography.

It was Ansel Adams’ famous photo “The Tetons and the Snake River,” shot in 1942 that drew him to the view camera, a type of large-format camera that Adams used. He discovered it would be the perfect medium for his interest in architectural photography. He approaches each photograph with a particular process. “I see things in shapes and patterns when it comes to architecture. I’m always paying attention to light – the darkest spot, the lightest spot, and how they’re playing with one another and how the patterns fill the space between that. “Then comes the technical standpoint. Can I even make this work?” He considers additional concerns like supplemental light and post-processing even before making the first shot.

As far as advice for amateur or digital photographers, he has a couple of pointers. First the equipment does most of the difficult work for you. “When it comes to the best exposure, on a digital camera there’s something that tells you whether or not you got a good exposure: it’s called the histogram. It’s so easy to follow!” Secondly, shoot more, shoot often. “The more you shoot, the better you’re going to get. The more you’re going to understand what it is you’re trying to get out of the frame. Every situation is a learning experience. I still learn something out of every single experience.”

Since starting with the National Park Service, he’s been busy. He’s worked on eleven different projects since August and has shot more large-format film than ever before. One of his favorite projects has been recording the crumbling architecture of Ellis Island because of the challenge it brought to his skills as a photographer. “I remember walking into this space and thinking ‘Oh good God. How am I going to do this?’” Relying on the techniques and theory he learned in school, Mr Ortiz collected images of decades-old graffiti, antique architectural styles and collapsing walls.

For Mr Ortiz, his role is about preserving history. “All of these things are just disappearing, and they haven’t been documented. We’re losing history so quickly in this country, and it seems to be happening without anybody paying any attention to it. The national parks as a whole are about places where we’ve been, where we’ve come from, our heritage. I think it’s so important for people to realize this and utilize these parks to learn more about who we are as a country.”
Get the top travel news stories delivered straight to your inbox every weekday by signing up to our newsletter. 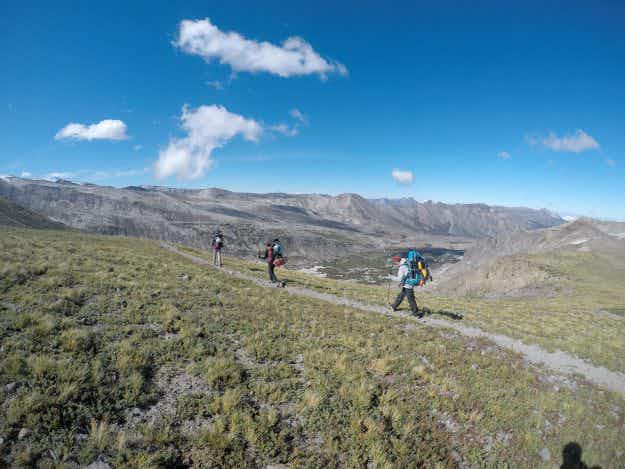 On the road with the documentary crew trekking the longest…