A team of scientists have discovered new artefacts that provide information on the diet of the Neanderthals who once lived in Gorham’s Cave, Gibraltar, approximately 45,000 years ago.

The cave is the last known site of Neanderthal occupation in the world. Leading the excavation is Director of Gibraltar’s museum, Professor Clive Finlayson, who said the mandible (jawbone) of an ibex or possibly a deer was found. He believes the animal was cooked there due to the reddish colour of the bone. Painting the picture of life back then, he said: “they have been sitting around this fire and eating away” and “it has been persevered how they left it.”

Also assisting is Dr Richard Jennings a senior lecturer in archaeology in Liverpool John Moores University. Dr Jennings said some stone tools left by the Neanderthal was found. The tools have “scaring and ridges on one of the sides, where flakes have come off previously. They were preparing the stone tool and shaping it.” Other findings include two pieces of bone from probably a red deer, the burnt skull of a rabbit, shellfish shells, pine nut shells and some darker pieces of charcoal that suggests they were roasting pine nuts on the fire.

“It is a unique environment with this combination of stone tools, animal’s bones,” said Dr Jennings, adding that sand has also been reddened by a fireplace that was lit above it, “you can see these areas where you knew there was actually a fireplace right there.” The Gibraltar Museum recently came to a collaboration agreement with the Liverpool John Moores University, which will see more Archaeological, Heritage and Geology students coming to the Rock. A decision is expected later this month if a bid for Gorham’s Cave to be considered an UNESCO world heritage site is successful. 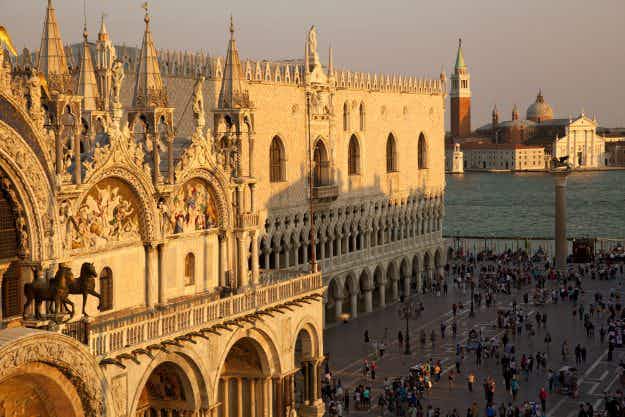 Guardians have been appointed to patrol St Mark's Square in… 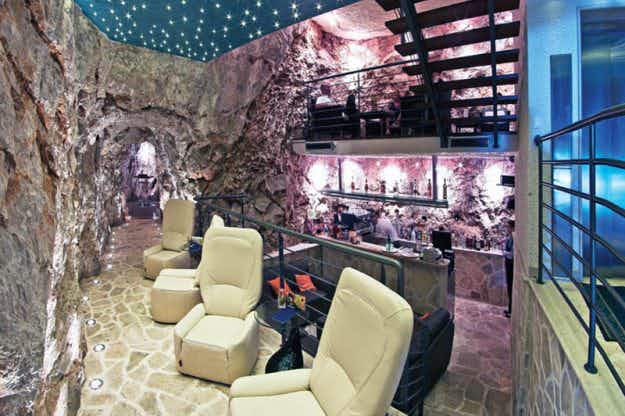 Živjeli! Enjoy a drink at an underground cave bar in…