Dippy the Diplodocus will set off on a tour of the UK in early 2018, bringing a flavour of the Jurassic to eight carefully selected venues across the UK.

Dippy the dinosaur. Image by PA

Details of the road trip being undertaken by the reconstructed dinosaur skeleton, soon to end its starring role at the Natural History Museum, have now been announced. Fittingly, the tour will begin at Dorset County Museum, which has a gallery dedicated to Britain’s fossil-rich Jurassic Coast. In chronological order, Dippy will then travel to Birmingham Museum, Ulster Museum, Kelvingrove Art Gallery and Museum, Glasgow, the Great North Museum, Newcastle, the National Assembly of Wales, Number One Riverside, Rochdale, and Norwich Cathedral.

Dippy lived in North America over 150 million years ago. Image by Matt Dunham/AP

The 70-foot plaster-cast sauropod replica, affectionately known as Dippy, has dominated the Natural History Museum’s vast Hintze hall since 1979. He became an instantly recognisable symbol of the London museum, standing just inside the main visitors’ entrance to enthral generations of schoolchildren. Then a decision was taken to retire Dippy from 2017 and replace him with the real skeleton of a blue whale.

Dippy has been on display in London’s Natural History Museum for more than a century. Image by Matt Dunham/AP

The move went viral on social media with the launch of a Twitter campaign under the hashtag SaveDippy. More than 32,000 people signed a petition calling on the museum to change its mind. Dippy’s last day on show at the Natural History Museum will be on 4 January 2017. Conservators will take the next 12 months preparing him for his tour, which will last until late 2020.

Museum conservator Lorraine Cornish cleans Dippy ahead of his 100-year anniversary at the museum in 2005. Image by Matt Dunham/AP

Museum director Sir Michael Dixon said: “we wanted Dippy to visit unusual locations so he can draw in people that may not traditionally visit a museum. Making iconic items accessible to as many people as possible is at the heart of what museums give to the nation, so we have ensured that Dippy will still be free to view at all tour venues.” Dr Jon Murden, director of the Dorset County Museum, said he was “excited” at the prospect of Dippy’s visit. He added: “as the birthplace of palaeontology, there is nowhere in the UK more appropriate for Dippy to start the tour than Dorset, and we’re thrilled to have been chosen as the first host venue.” The venues were chosen from an application list of 90 candidates when plans for the tour were announced last year.

The new display of the blue whale will be implemented as Dippy is packed up in 2017. Image by Natural History Museum/PA

Dippy will spend at least four to six months at each location because he will have to be taken apart and reconstructed at every stop on the tour. A total of 1.5 million people are expected to see him. The replica dinosaur was cast from original fossil bones discovered in the US in 1898. He came to the Natural History Museum in 1905 and was moved to the central hall in 1979. The tour is part-funded by the Garfield Weston Foundation, which provides grants to a wide range of charities and causes. Foundation director Philippa Charles said: “generations of children have been awestruck by Dippy’s spectacular presence at the heart of the Natural History Museum and we hope he continues to inspire the nation to rediscover nature as he works his way around the UK.” The tour kicks off at Dorset County Museum in February 2018. 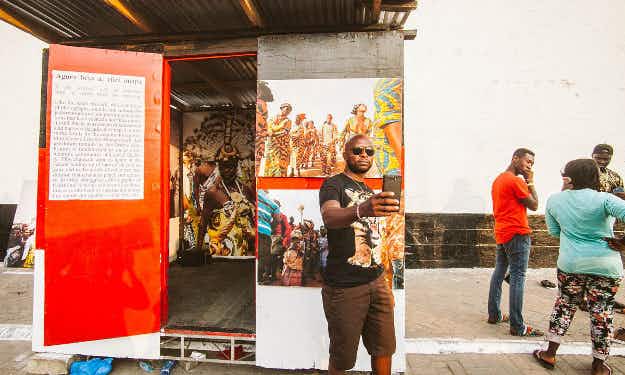 Moving museums: art and culture to tour Ghana in portable… 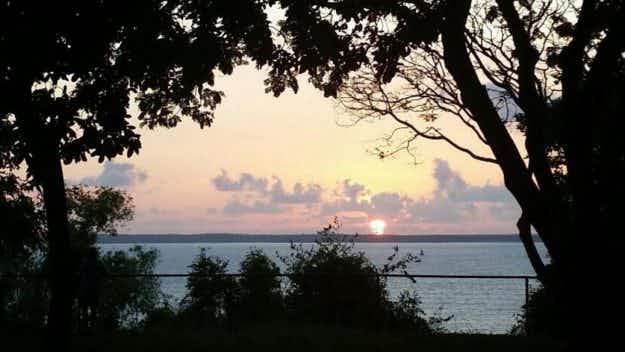 Tourist shares sunset holiday snap that looks like a map…