Travellers in the US have 24 new national historic landmarks to visit, after the Department of the Interior announced new sites in an effort to 'tell a more inclusive and diverse story of America’s history'.

Visitors to Chicano Park view dozens of murals painted on the concrete stanchions leading to and from the Coronado Bridge. Image by Robert Gauthier/Los Angeles Times via Getty Images

The National Historic Landmarks Program, run by the National Parks Service, recognizes historic properties and promotes their conservation. The new spots are intended to focus on aspects of American history like activism, architecture, music and religious observance, according to a statement from the department.

Spread throughout the country, the landmarks include important historical spots like the Medgar and Myrlie Evers House in Jackson, Mississippi. Medgar Evers was murdered there in 1963, and the assassination is considered one of the catalysts for the passage of the Civil Rights Act of 1964.

In Kansas City, the Wyandotte National Burying Ground (Eliza Burton Conley Burial Site) was added to the list of national landmarks, as it 'serves as tangible evidence of the consequences of federal American Indian removal policy to a tribal population and its identity during the nineteenth century'.

To memorialise the 4 May 1970 Kent State shootings in Kent, Ohio, the site where the Ohio National Guard shot and killed four Kent State University students and wounded nine has been added to the register. The students were killed during a protest on the campus and the event affected public opinion of the Vietnam War, increased protest against it, and led to changes in military policy for civil disturbances, particularly for the National Guard.

The Schomburg Center for Research in Black Culture in New York City was also added to the list, as it 'represents the idea of the African Diaspora, a revolutionizing model for studying the history and culture of people of African descent that used a global, transnational perspective'.

This chapel is inside Mission Concepcion. This historical and active Catholic church is now identified by UNESCO as a 'World Heritage Site.'The mission is located in San Antonio, Texas. Image by Gabriel Perez / Getty Images

In recognition of community activism, Chicano Park in San Diego, California was named a landmark. Back in 1970, residents occupied the park to prevent the construction of a California Highway Patrol substation on land where the City of San Diego had promised the neighborhood a community park. The site is a cultural and recreational gathering place that has become representative of the Chicano Civil Rights Movement. 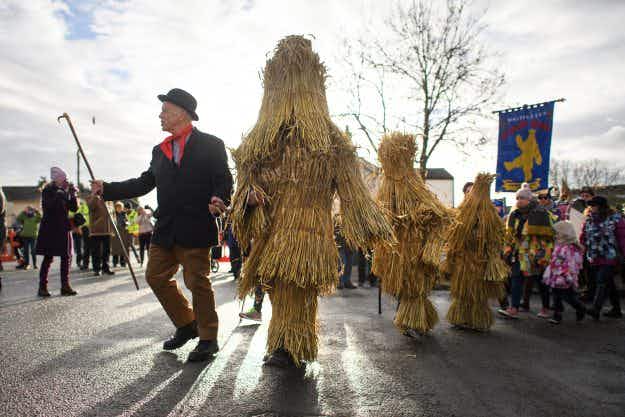 In pictures: the long held tradition of the Whittlesea Straw…

This useful map highlights the best photo hotspots all around…