Cultural institutions share their secrets and their futures during Museum Week

The world’s cultural institutions are currently celebrating and showing off all that they have to offer as part of Museum Week.

The week-long celebration, in which museums from around the world share images, stories and more on social media, runs until Sunday. Each day of Museum Week has a specific theme and a hashtag to help culture-lovers track the conversations on Twitter, Vine and Periscope, while getting people inspired to visit in person.

On Monday, the hashtag was #secretsMW, which saw museums around the world show off their interesting secrets and behind-the-scenes peaks. Tuesday was dedicated to people, Wednesday to architecture; Thursday will focus on heritage and Friday to the future. On Saturday, the hashtag is #zoomMW, which encourages museums to share details, anecdotes and insight into their collections. Sunday will be marked with #loveMW, where museums can promote their biggest attractions.

The week began as museums let their secrets spill out. The Guggenheim museum in New York revealed that the famous architect who designed the museum, Frank Lloyd Wright, wanted to name the building the ‘Archeseum’. Their fellow New York institution, the Whitney Museum of American Art, shared that it keeps bees on its rooftop.

Surprising animal residents made up some museum’s fun facts, with the State Heritage in St. Petersburg, Russia explaining that their cats, which have lived in the Winter Palace since its foundation, are a part of its legend. The Dickens Museum in London was similarly fond it its animal companion, tweeting that their resident hedgehog, Bill Spikes, is their best kept secret.

Museum Week is in its third year and involves more than 3,000 museums from more than 69 countries.

Lonely Planet will be checking out some great places for Museum Week and streaming video on Periscope. Lonely Planet will be at the Parthenon in Nashville on Wednesday, Dublin’s Science Centre and Glasnevin Cemetery on Thursday, the Norwegian Church Museum in Cardiff and the Vaults in London on Friday. Check out Lonely Planet’s Periscope videos @lonelyplanet.

What’s over the horizon? Gorgeous maps show the surprising answers… 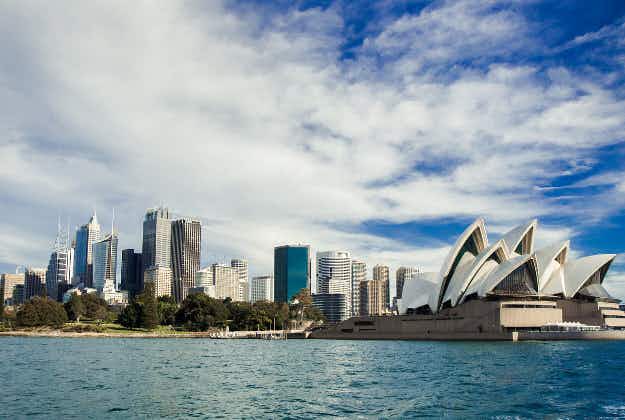