Mountaineer becomes the first quadruple amputee to climb the Matterhorn

Seventeen years ago, Scottish mountaineer Jamie Andrew couldn’t even walk, but now the 47-year-old has become the first quadruple amputee to conquer Switzerland’s most iconic mountain, the Matterhorn.

The intrepid climber, who lost his feet and hands to frostbite during a snowstorm in the French Alps in 1999, used prostheses and specially fitted poles to ascend the famed 4478m-high peak.

It took nearly 13 hours for Mr Andrew and his two climbing partners to reach the summit and return to base camp. The average climb and descent usually takes around eight hours. Speaking with the BBC, Mr Andrew said: "It was very hard, but all the preparation made the climb go like a dream."

The Edinburgh adventurer told reporters that it had taken five years of planning and preparation before he attempted the climb. After losing his limbs to frostbite, a specialist rehabilitation team had to teach Mr Andrew how to walk again. The British climber then spent a number of years competing in triathlons and marathons to build up his strength.

The first successful ascent of the Matterhorn was by Englishman Edward Whymper in 1865 and approximately 3900 climbers attempt to summit the peak each year. The mountain forms part of the Zermatt region in Switzerland and it is home to the state-of-the-art Matterhorn Museum which offers some depth into the history of the mighty summit and its role in attracting visitors to the area.

Some of the best views of the Matterhorn come from the 360º Panoramic Platform, which is accessible via Europe’s highest-altitude cable car, the Matterhorn Glacier Paradise. The platform also affords views of the French, Italian and Swiss Alps, including Mont Blanc.

Zermatt is also home to the Mountaineers' Cemetery, which is the final resting place for mountaineers who met a tragic death on the Matterhorn and its surrounding mountains. 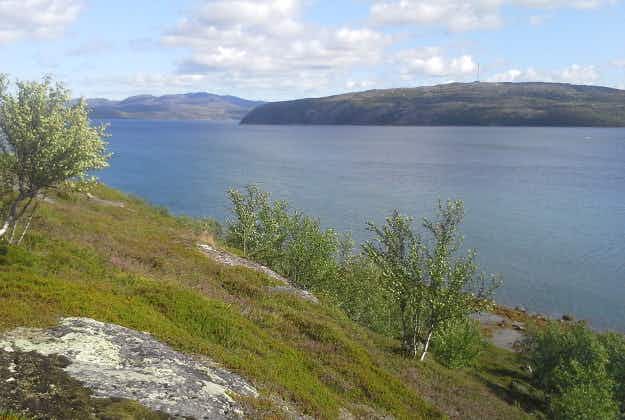