Fans of 20th-century architecture and design can now take English-language tours in Moscow, offered by ArchiGeek agency. According to the agency’s website, architectural tours in St Petersburg will also be offered.

The tours are part of a project called ‘Moscow through the Engineer’s Eyes’, whose aim is to promote Russian architecture and to educate visitors with the help of English-speaking guides. They take in both Stalinist and avant-garde architecture of the Russian capital. One of the absolute highlights is the huge Soviet-era exhibition centre and park, VDNKh (aka the All-Russia Exhibition Centre). Opened in the 1930s and covering over 200 hectares, it became a symbol of the Soviet dream with its wide pedestrian avenues, lavish fountains and grandiose pavilions.

The House of Narkomfin is a constructivist-style apartment block typical of the socialist-era , communal-housing lifestyle, and a famous example of Russian avant-garde. It was designed by Moisei Ginzburg in 1928. Other major 20th-century buildings in Moscow include the Centrosoyuz, designed by le Corbusier in 1933 and now home to the Statistics Service of the Russian Federation; and the red-brick Red October, a former chocolate factory founded by Theodor Ferdinand von Einem in 1951 and now a vibrant arts centre filled with restaurants, bars and galleries.

Of course, for those more interested in traditional Russian architecture, there is also a tour of the famous medieval St Basil’s Cathedral on Moscow’s Red Square, commissioned by Ivan the Terrible in the 16th century.  Instantly recognisable by its vivid mix of colours, patterns and domes, it has long been the iconic image of Russia. 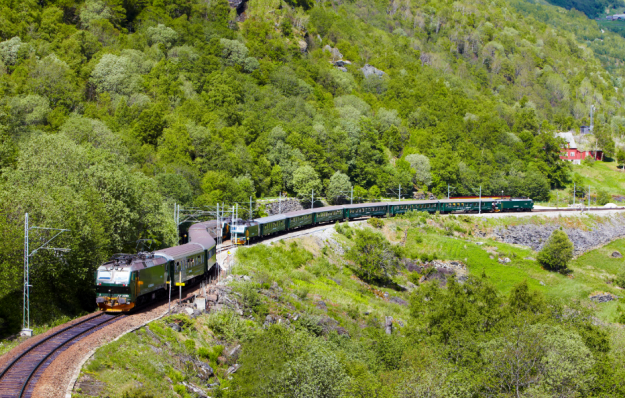 A fully immersive 360º video allows you to 'travel' along…

Have scientists captured footage of the most elusive monkey in…