Melbourne residents are being given the rare treat of getting up close and personal with dinosaurs thanks to the world premiere of the Jurassic Park exhibition in the city.

Melbourne is getting a taste of how life was on earth millions of years ago thanks to the world premiere of the Jurassic Park exhibition in the city Image by Mickey Views / CC BY 2.0

The major spectacle, inspired by the Hollywood blockbuster Jurassic Park franchise, gives visitors to the Melbourne Museum a glimpse of life on earth millions of years ago.

A sauropod femur bone is on display at the Melbourne Exhibition.Undated Jason Poole handout photo issued by University of Manchester  Image by PA Wire

Or as Tom Zaller, Imagine Exhibitions chief executive puts it, the expo is like experiencing a “fairy ride" through the Jurassic period.

ABC News reports that previously Mr Zaller has spearheaded a number of big exhibitions including Titanic The Exhibition, Dinosaurs in Motion and Angry Birds Universe. He promises that anyone who visits his current exhibition will find it a mind-blowing experience.

One of the challenges he faced was keeping the educational value while also maintaining people’s interest. However he believes the Melbourne show has managed to tread the fine line between museum and theme park.

“I really think we've hit the balance," he said, which will satisfy the imagination and the young mind visiting the exhibit. The chief executive said they have a 65 million-year-old bone (sauropod femur that’s 150 centimetres long) as well as bone slices of real dinosaurs on display.

The recent Jurassic World movie from Universal Pictures was one of the most successful films ever made and took in more than $1.67 billion at the box office. Mr Zaller said he believes there is still huge interest in dinosaurs. 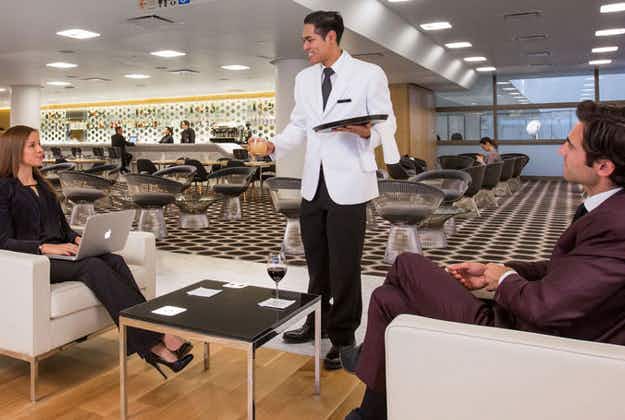 Flying first class is about to get even more luxurious…