Martin Frey has spent much of the past eleven years on an amazing adventure, recently becoming the first person to climb the Seven Summits – the highest peak on each continent – and sail the Seven Seas.

11 years, 35,000 nautical miles and 14.5 vertical miles later, my #7Summits7Seas journey is now complete. This morning we docked in Seattle after an exhausting, punishing monthlong voyage across the North Pacific. We’re all relieved to be free from such rough conditions and back on solid ground, no longer soaking wet, cold or seasick. I couldn’t have crossed this ocean without the amazing Visit Seattle crew and our skipper, Huw Fernie. It was an experience we won’t soon forget. Thank you to everyone who offered kind words and encouragement throughout this journey - none of this would have been possible without your support. #7summits7seas #ClipperRoundTheWorld #LeaveYourHarbor #FaceYourSummit #ChartYourFuture

The 56-year-old American recently completed the last stretch of his goal by sailing the sixth leg of the Clipper Round the World Yacht Race, covering more than 6,000 nautical miles from China to Seattle. The race took one month, and Martin sailed along with the Visit Seattle team. They team made it through storms and even made the journey with a major break in their bowsprit. “The North Pacific presented us with a truly hostile environment, and without a great support team of my family, friends and the entire Visit Seattle crew, I couldn’t have done it,” Martin said in a news release.

Martin began working towards his record in 2005 after summiting Mount Kilimanjaro in Africa. He reached all seven summits by 2012 when he climbed Mount Vinson in Antarctica. In between the first and last summit, he climbed Denali in North America, Mount Aconcagua in South America, Mount Everest in Asia, Mount Elbrus in Europe and both Carstensz Pyramid and Mount Kosciuszko in Oceania.

If you’ve ever wondered how we manage to cook and eat square meals every day aboard a constantly lurching boat, let me tell you – it’s a challenge. Luckily, Team Visit Seattle has Amancio and Alex aboard to keep us nourished with world-class meals (or as close as we can get, considering we’re in the middle of the Pacific Ocean). When it comes to fighting against the isolation and vastness of the ocean at the halfway point of this leg of the race, it’s our close-knit team of 20 that makes the journey truly enjoyable. I've recently posted another crew diary for Team @visitseattle – visit the @clipperrace website to read more of my thoughts and experiences from the sea. #7Summits7Seas #LeaveYourHarbor #ChartYourFuture #ClipperRace #TeamVisitSeattle

In the meantime he has also taken part in sailing expeditions across the Southern and Arctic Oceans and circumnavigated the world on a catamaran. While on his journey to set the record, Martin has covered more than 35,000 nautical miles and more than 14.5 vertical miles.

Another gorgeous day in the backcountry! #7Summits7Seas

“Climbing the highest peaks and sailing the world’s most imposing bodies of water has brought me full circle, literally and figuratively. It’s been a humbling experience at times, but I’ve realized that I can battle extreme conditions and persevere to the end. I look forward to reflecting on what I’ve learned through this decade-long adventure, and sharing those lessons with family, friends, youth, business leaders and their organizations.”

Survival tips from two wanderlust bloggers who packed it all… 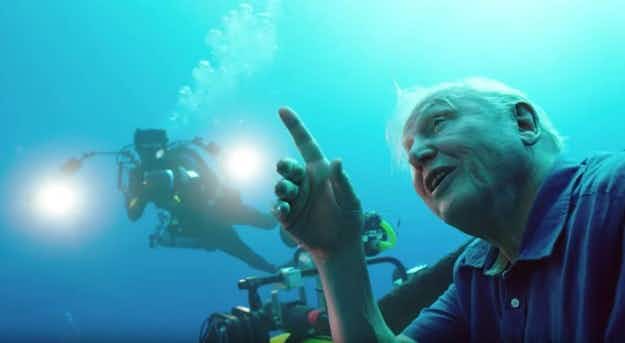