Jammie! This 19-year-old travels the world trying out seats on new flights for a living

Alex Macheras, 19, from London has the most exciting job, which involves him travelling the world in style on brand new aircraft as he reports on the latest aviation industry news.

Alex's dad is from Greece and his mother from Cyprus, and he has always been passionate about the aviation industry. "I first read Richard Branson’s book on how Virgin Atlantic was created at age seven and was completely inspired," he tells Lonely Planet.

Alex says that being part of new airline deliveries is one of the most exciting aspects of the job, as the airline's CEO, the entry-into-service team and the airline’s most senior flight crew are usually on board a plane's first flight. "Delivery flights are huge milestones for both the manufacturer and the airline, so a celebratory party takes place before the plane leaves for its new home," he says.

With acceptance speeches and performance acts complete, the curtains fall for the ‘big reveal’ - the aircraft. "Everyone who is part of the delivery, including myself, is excited as the new planes feature the newest, most glamorous cabins combined with the latest technology," says Alex. "The conversations we have are fascinating as everyone has such interesting stories to share, and the shared passion of aviation unites us."

The flight crew typically ‘rock the wings’ after take-off – a waving gesture involving turning the aircraft wings to wave ‘goodbye and thank you’ to the hard workers at the factory.  Champagne is served after take-off to commemorate the milestone. Depending on which aircraft they are delivering, relaxation sometimes involves sleeping in a suite, and on rare occasions where there are no premium classes, across an empty row of seats. Crowds always turn up to look at the new plane arriving, including CEOs, ministers, and other high-profile individuals, and local entertainment is often on hand to help the celebrations.

Arrival of a flight on a new plane in Kigali, Rwanda. Image: Alex Macheras

While Alex is still a teenager, his twin sister Demi is one of the youngest managers employed by the Marriott Hotel brand. Alex flew almost every week from London to Europe as a child, and his extensive aviation knowledge saw him being chosen as a contributor by LBC Radio when he was just 15. He studied aviation in tandem with his A Levels, had already taken flying lessons by then and was managing social media accounts dedicated to aviation news.

Self-employed Alex is now host of LBC’s “The Travel Hour” and provides analysis and reports to news outlets. On delivery flights, he can explore the ‘crew rest’ area, and roam around the aircraft looking for the best WiFi spot. "On some flights, including a test flight with Bombardier C-Series aircraft, it’s legal for the cockpit door to remain open," he says. "The views from there beat any window view. I often try every seat on the aircraft, so that I am able to give first-hand advice on the best place to sit on board that particular aircraft!"

Alex loves when an airline's culture, roots and background are evident in the cabin, such as when he travelled on a new A330 for RwandAir. The cabin had a traditional ‘imigongo’ pattern that was true to the authenticity and culture of the Rwandan airline.

His favourite aircraft is the Airbus A350 XWB, as its extra-wide body fuselage means it's spacious and the engines are incredibly quiet. It's very comfortable for passengers, even in economy class.

"Nearly all aircraft are being fitted with high-speed WiFi, the aisles are larger than before and newer seats have been designed to maximise not only the legroom but the ‘shoulder space’ in economy, so you don't need to meet shoulders with your neighbour," he says.

"Engines are being installed that are quieter than ever before, and mood lighting to aid with jetlag is almost becoming a standard option. Another feature on aircraft such as the A350 XWB is the introduction of 'fresh' air that renews every couple of minutes, meaning you no longer have to suffer from dry eyes or dehydrated skin."

Alex says that passengers these days are specifically looking to fly on aircraft with features like mood lighting, fresher air, spacious cabins, etc. "As these features are now available in economy class, so passengers are willing to research which aircraft they’ll be flying on if it’s to guarantee them a more comfortable flight," he explains. 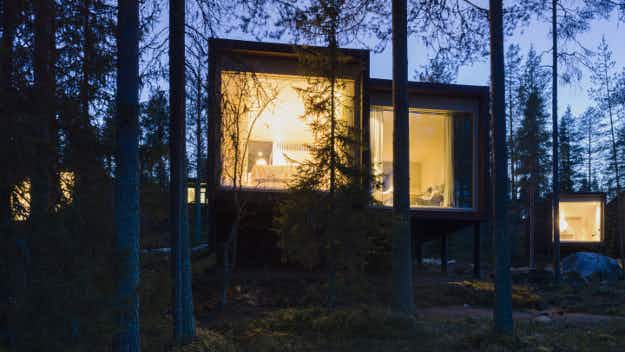 Santa’s home in Lapland will soon have a new Arctic… 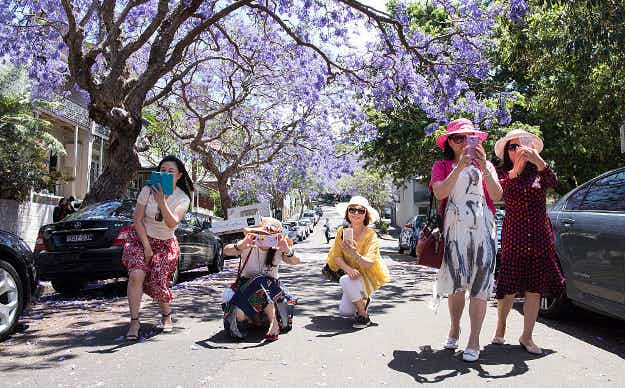 This week's incredible photos from around the world