As the US celebrated Thanksgiving with family turkey dinners yesterday, thousands of people lined the parade route in the heart of New York for the 90th annual Macy's Thanksgiving Day Parade.

They were entertained by the sight of 16 giant character balloons and 27 novelty/ornament balloons, including Charlie Brown from Snoopy, Elf on a Shelf and Pikachu from Pokémon.

Locals and visitors lined the 2.5-mile parade route and watched as 26 floats, 1000 clowns, 1100 cheerleaders and dancers and 16 marching bands and performance groups passed by.

Macy’s parade first started in 1924, but was put on hold during WWII. It wasn't possible to run it during the war years as helium for the balloons and rubber were in short supply.

This year’s event marked its 90th parade, and performers during the event included Aloe Blacc, Regina Spektor and Daya.

The three-hour parade ended at Macy's flagship store on 34th Street, where Santa made a very popular appearance to mark the holiday season.

Meanwhile in Washington, President Barack Obama was accompanied by his nephews Austin and Aaron for the traditional pardoning of the national Thanksgiving turkey. The outgoing president has been conducting the jovial ceremony since 2009, and Tater and back-up turkey Tot received their presidential pardons in the White House Rose Garden. They will go on display for visitors at their new home at Virginia Tech’s newly built “Gobblers Rest” exhibit, where they will be cared for by the students and vets.

President Barack Obama pets Tater, the National Thanksgiving Turkey, after he pardoned him during a ceremony in the Rose Garden at the White House in Washington. Image: Samuel Corum/Anadolu Agency/Getty Images

Finally, Disney Channel stars McKenna Grace and August Maturo were among the well-known faces helping out at the Los Angeles Mission Thanksgiving Meal For The Homeless in California. Approximately 4000 meals are served at this annual occasion, where bibles, blankets and rain tarps are also given out in preparation for the colder winter months. 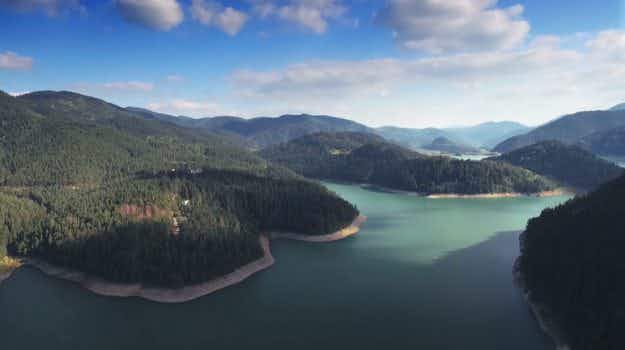 This drone footage highlights the hidden beauty of west Serbia… 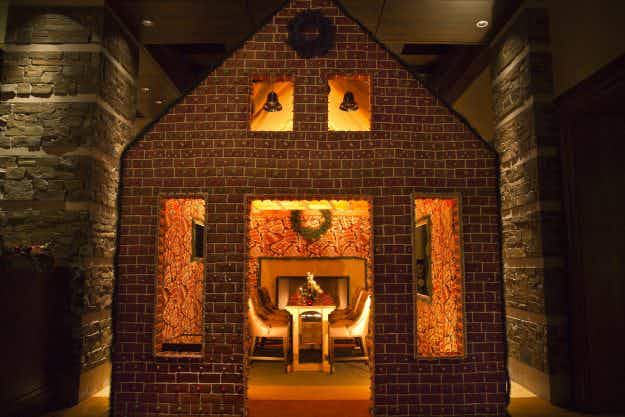 Dine inside an actual edible gingerbread house this Christmas