American travellers, who want to see Asia without breaking the bank, may soon have new options with the news that AirAsia X has been given approval to fly to the USA.

AirAsia X is the long-haul section of AirAsia, and the Malaysia-based company is the first low-cost Asian airline to get the necessary permissions from the U.S. Federal Aviation Administration. No details have been released yet about their American expansion plans, but the airline did say it was specifically considering routes to Hawaii (the shortest flight path).

In a press statement, CEO Datuk Kamarudin Meranun said: “this is a major milestone for AirAsia X. Our expansion up until now has concentrated on Asia, Australasia and the Middle East, and we are excited about our first foray into an entirely new market as we look beyond Asia Pacific.” Reuters also reported the airline is considering renewing low-cost flights to London after stopping the route in 2012 following low demand.

As is expected with low-cost carriers, travellers will be expected to forego some traditional long-haul comforts in return for the low price; economy passengers will be expected to pay for their baggage and meals on the flight. However, the success of similar low-cost carrier such as WOW Air and Norwegian Air in the US points to the probability that AirAsia X will have some success. The current average price of a return flight from the US to Malaysia, for example, is approximately $1000, so avid travellers will no doubt be keen to see what the potential savings could be.

Sweet dreams are made of this cookie dough cafe opening… 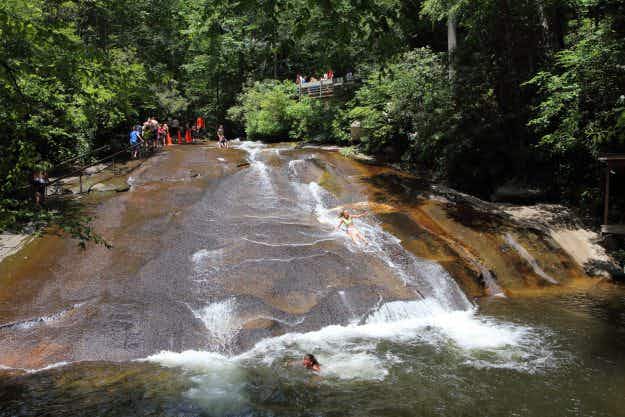 For a refreshing change why not plunge down a natural…