Ah l’amour. Where once the famous Pont des Arts bridge in Paris groaned under the weight of 45 tonnes of “love” padlocks, officials have just introduced additional anti-love lock mechanisms to prevent lovelorn couples from attaching their padlocks to the famous bridge.

This comes almost a year after they first removed hundreds of thousands of ‘love locks,’ and put clear Plexiglas panels in place, explaining that the locks had left the bridge in a state of disrepair and the weight of the padlocks also represented a safety issue. See story here.

However, people were still hanging locks on the mechanisms designed to allow the panels to be opened, so additional measures had to be taken to solve that problem. Officials sent workers out in the past week to attach new "love-proof" mechanisms over each of the joints, to further strengthen the “no padlocks” policy. The Facebook group No Love Locks approved of this move and voiced their support for the new modifications to the historic bridge in central Paris.

Paris is known as the “city of love” for good reason, as it offers romantic walks along the Seine, stunning architecture, al fresco dining along the streets, and, of course, the Eiffel Tower twinkling at night. The romantic ambience is enhanced for visitors hearing French, the true language of love, being spoken all around them, and it became tradition for many years for tourists and natives alike to to symbolise their undying devotion by attaching a padlock with their names etched onto it to the bridge.

Built in 1802, Pont des Arts was the first metal bridge in Paris and padlocks began appearing on it in 2008. Romantic duos were regularly spotted securing their padlocks to available spots on the bridge’s wire-mesh parapet, and throwing the key into the Seine below, as according to the tradition, as long as the lock remained fastened, their love would last.

However, the more practical-of-heart Parisian town hall officials claimed that the metal railings were sagging under the weight of the locks, so they decided to remove them and cover the railings with sheets of clear Plexiglas last year. What this means for the fate of those relationships "locked" to the bridge, nobody knows!

Whether loved-up couples can be deterred from expressing their devotion is another matter altogether, as love locks have begun springing up all over Paris, on lamp-posts, railings, monuments, and even, on the Eiffel Tower itself.

Hold your breath: watch as American tightrope walker highlines across… 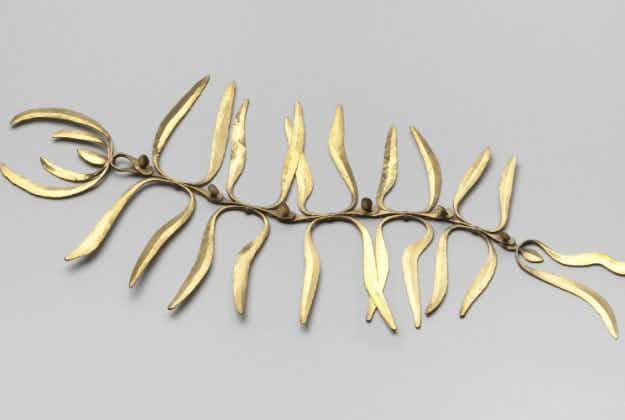 New York Design Festival kicks off for a two week…