If you’re heading to Los Angeles and hoping to channel the magic of La La Land during your travels, then the reopening of an iconic LA attraction will be music to your ears.

Angels Flight, the famed funicular in downtown LA, will reopen to the public by Labor Day – a holiday in September – after a three-year closure.

The 116-year-old railway takes passengers on a ride between Hill and Olive Streets on Bunker Hill. The train was recently featured in the acclaimed film La La Land, when the two main characters – played by Emma Stone and Ryan Gosling – take a ride on the train during a romantic date. The train will reopen after it goes through a number of safety upgrades.

“Angels Flight is a cultural gem that tells an unforgettable story about the history of Los Angeles,” said LA Mayor Eric Garcetti in a statement. “Today, we celebrate the rebirth of this iconic attraction — and once the modernization is complete, we will welcome millions of visitors from around the world to experience it with us.”

Billed as the world’s shortest railway, Angels Flight opened in 1901 and has given more than 100 million rides. While the ride is generally a tourist attraction, the city notes that it will also serve as an important transit link between Pershing Square Metro station and the top of Bunker Hill, which is a region of the city that is home to the Walt Disney Concert Hall, the Broad Contemporary Art Museum, MOCA, the Los Angeles Music Center, among other cultural institutions. With the return of the funicular, Metro Tap Card holders will receive a 50% fare discount for the next three years. 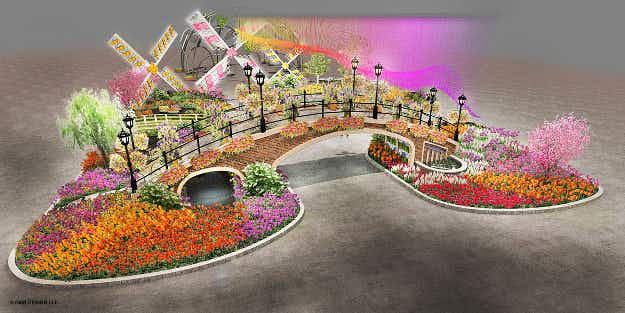 Philadelphia is in full bloom with the biggest flower show…

A restaurant on the remote Faroe Islands has been awarded…