Security screening is one of the least enjoyable aspects of the whole flying experience, but one UK airport is hoping that playing some Ed Sheeran or Adele might make it more bearable.

Adele will be playing at London City Airport. Image by Kevin Winter/Getty Images for BT PR

London City Airport has announced that it will be the first airport in the UK to play a mixture of “ambient electronica and upbeat acoustic music” to passengers as they head through the main security area. The two different playlists will be on throughout the day, with songs selected by a music consultant, C-Burn. The playlists will include the likes of Adele, Ben Howard and Jason Mraz, but the airport has found that both the passengers and staff seem to like Ed Sheeran the most.

According to the airport’s director of customer experience, Melanie Burnley, passengers generally get from the front door of London City Airport to the departure lounge in less than 20 minutes, “and we wanted to enhance the customer experience with a soundtrack to security”. The airport even consulted music psychologist Dr Stephanie Bramley, an honorary research fellow in the psychology of music at the University of Sheffield, who said that the background music may have a positive impact on passengers.

“In an airport, playing music which is subtle, fits in with the overall ambience of the security search area, deemed to be familiar, and liked by passengers, might act as a positive distraction where passengers focus on the music instead of the time spent completing the security search process. The music at London City Airport may also enhance passenger experience by helping to create a pleasant environment and potentially improving their mood.”

Unless of course, you can’t stand Ed Sheeran.

How many countries can fit inside New York? This infographic… 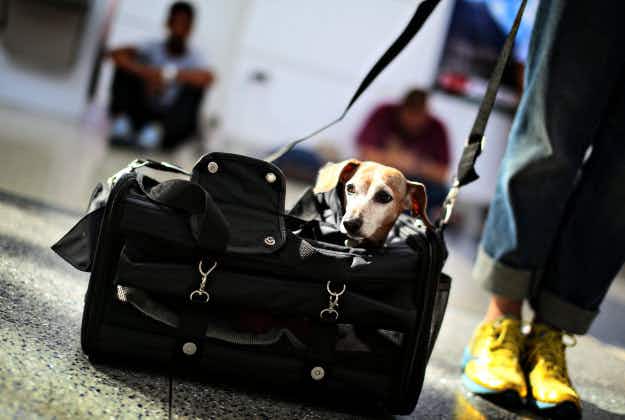