Dramatic video footage has emerged of a distressed lion jumping into the Arabian Sea off the coast of Gujarat, India to escape a crowd of onlookers.

A distressed lion jumped into the Arabian Sea trying to get away from a crowd. Image by Screengrab from YouTube

The lion was spotted on the rocky coastline at Jafrabad Port and a crowd instantly gathered to see the spectacle. In a dramatic piece of footage the lion is shown to jump off a rock and into the Arabian Sea, swimming out towards open water. The crowd then alerted the emergency services that saved and sedated the lion.

The lion had strayed from the Gir National Park of Gujarat, a park that hosts most of what's left of the dwindling Asiatic lion population. There are only 523 Asiatic lions left in existence as of May 2015. They differ from the African lion in that they are smaller, with longer tails and less well-developed manes.

The lion swam out towards open water alarming onlookers. Image by Screengrab from Youtube

The lion is being kept under observation in the hope of discovering what might have brought him to leave the park in favour of the coast. He will then be released back into the Gir park.

To watch the video go here 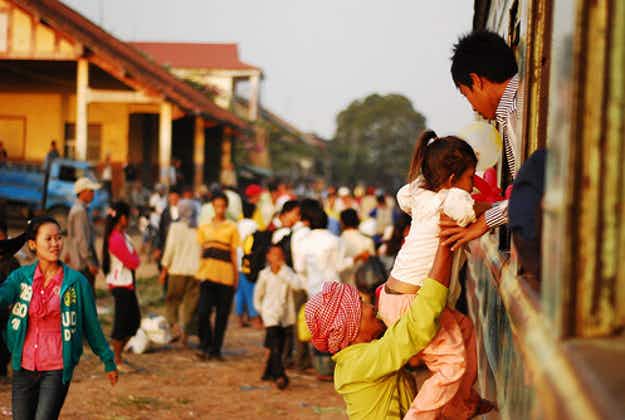 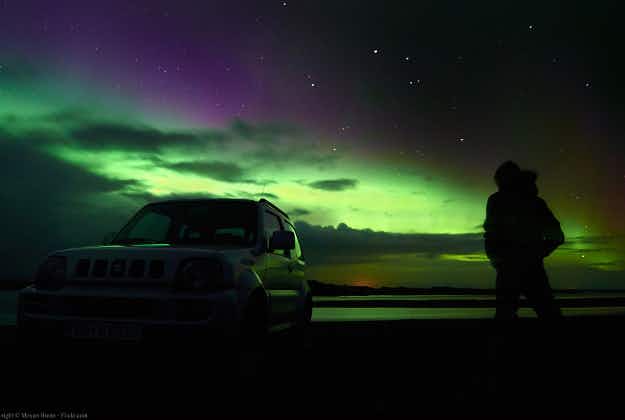