As avid travellers, we’re all fascinated by natural wonders, with many of us planning entire holidays around the chance to see them for ourselves. But how much do we know about the legends around them? In the absence of the scientific knowledge we have now, cultures often explained the existence of these spectacular sights with incredible tales. Now Home To Go have designed these colourful illustrations to tell the tales behind the sights.

The Fairy Chimneys of Cappadocia, Turkey

These surreal formations were created over millions of years by eroding hardened pillars of ash caused by volcanic eruptions. The result are hardened pillars that stretch nearly 40 metres in the sky. However, for thousands of years, local people believed they were the chimneys of fairy houses underneath the earth.

The Land of the Dragon’s Blood Tree, Socotra Island, Yemen

These stark, twisted trees make an otherworldly sight among the dry plateaus of the Socotra archipelago. In one of the most biodiverse regions of the world, it still stands out for its striking red-coloured sap. Believed to have healing properties, it’s said the dragon blood tree grew from the blood of a wounded dragon.

The dramatic columns of this natural wonder may seem more at home on the moon than in Northern Ireland but instead was the incredible result of a long-forgotten volcanic eruption. The name comes from the legend however, that is was caused by a giant Fionn MacCumhaill flinging pieces of the coastline into the sea, creating a path towards Scotland so he could fight another giant.

This tranquil mountain range in Colorado has a fascinating Native American legend behind it. It is meant to be the sleeping form of the Great Warrior God, who lay down after being wounded in a great battle with the Evil Ones. As well as the mountain range, his blood is also said to have formed the surrounding rivers.

The Shelter of the Gods, Iceland

The Asbrygi Canyon’s resemblance to a horseshoe inspired the legend of its creation. The ancient Norsemen believed it was created when Odin’s horse touched the ground. He was so big, he flattened the entire area, creating a canyon 3.5 km long and surrounded by sheer, towering cliffs.

These incredible formations have been mistaken as everything from dinosaur eggs to aliens but the Maori people believed it was the basket and plants that were washed ashore after a tragic shipwreck.

Travellers flock to see the world’s largest salt flat for amazing photos but the legend is just as dramatic. The three mountains surrounding the plain were once three giants who found themselves in a rather messy love triangle. When one of the giants was left alone, she cried so many tears that it formed a lake. Eventually they dried up, leaving nothing but salt behind.

This man is taking his cat on an epic transcontinental… 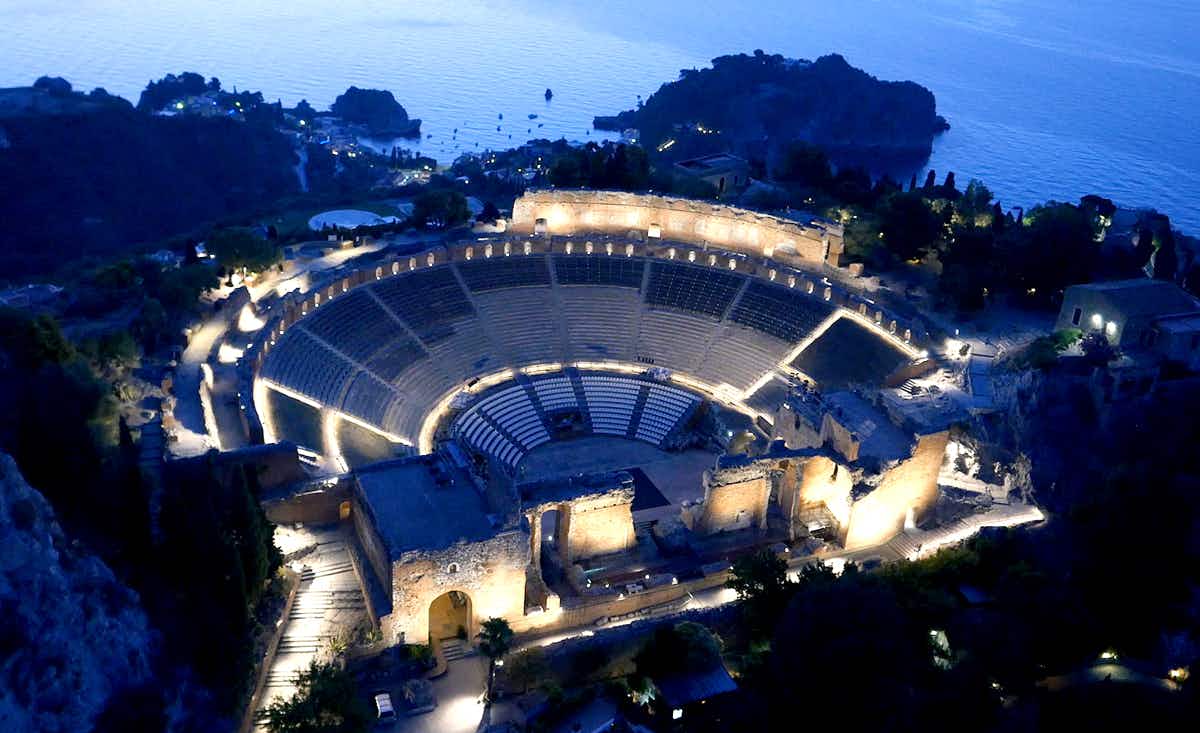 An ancient Greek theatre in Sicily is lighting up at…