The world’s largest collection of paper peepshows – dioramas made of paper and fabric that can be viewed through a small hole – has been acquired by the Victoria and Albert Museum in London.

The peepshows are like a pocket-sized stage set, according to the museum, with a backdrop and cut out scenes, often depicting landscapes or historic scenes. They expand in order to give the illusion of depth.

The collection includes 360 paper peepshows and was given to the V&A under the Cultural Gifts Scheme, a government initiative to encourage gifts to the UK’s public collections. The pieces were collected by Jacqueline and Jonathan Gestetner over a 30-year-period and is now part of the V&A’s research collection.

Peepshows, which were first made back in the 1820s, were often sold as souvenirs as they “offered a glimpse into a choice of vistas, celebrating particular events, famous places or engineering feats”.

The Interior of the Crystal Palace in London, German, 1851 (c) Victoria and Albert Museum, London. Image by Dennis Crompton

The V&A was opened in 1852 and houses the world’s largest collection of decorative arts in its 100 galleries, such as Asian ceramics, Middle Eastern rugs and much more. 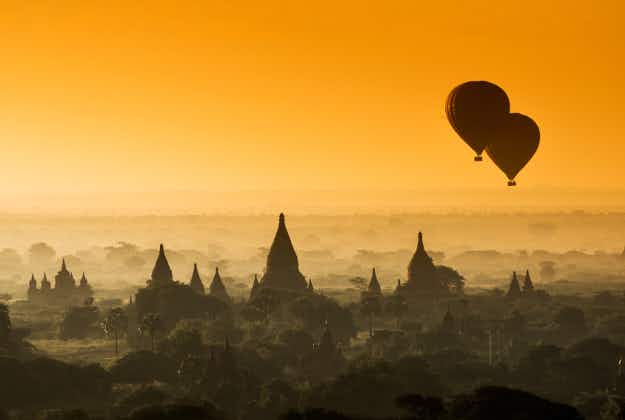 After 21 years, one man has repaired every lighthouse in…