In pictures: 20,000 people get messy for La Tomatina food fight festival in Spain

Throngs of tourists and locals alike took to the streets of a town in Spain last week to throw tomatoes at each other.

The strange display was for La Tomatina, a food fight festival that has been held in Bunol near Valencia in August every year since 1944. The event sees thousands of people making their way from all over the world to take part, with over one hundred metric tonnes of over-ripe tomatoes being thrown in the streets during the event.

With limited accommodation available in Bunol, many visitors stay in Valencia which is 38 kilometres away. In preparation for the dirty mess that will ensue, shopkeepers use huge plastic covers on their storefronts in order to protect them from the carnage.

On the morning of the event, trucks haul  tomatoes into Plaza del Pueblo in the centre of the town. Technically the festival does not begin until one person has climbed to the top of a two-storey high, greased pole and reaches a ham at the top. In practice, this can take a long time and the festival starts without anyone having reached it.

The signal for the beginning of the fight is the firing of water cannons.  After one hour, the fighting ends and the clean-up process begins, with fire trucks hosing down streets.

Rules of La Tomatina include no ripping t-shirts, no hard bottles or objects that may cause harm to participants and each participant must squash every tomato before throwing it to reduce impact. Each year the festival advises those taking part to wear goggles, closed shoes and old clothes. 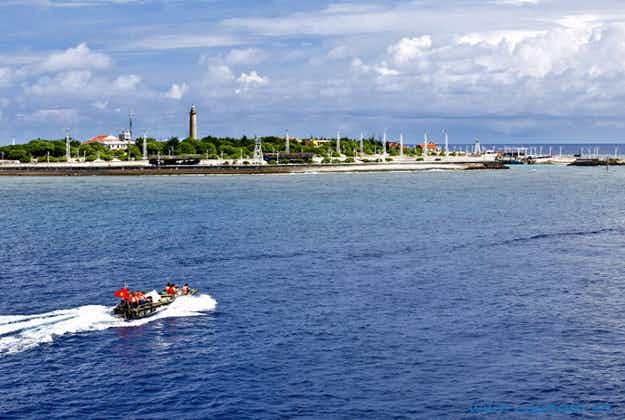 More tours from Vietnam to draw visitors to Spratly Islands…