A monument to Pocahontas in England has been relisted on the 400th anniversary of her death. Pocahontas was the daughter of Powhaten, the paramount chief of several tribal nations in what is now Virginia. The life-size bronze statue at St George’s church was erected in 1958 on the site of her grave, which was lost in an 18th century fire.

A general view of the Grade II life-size bronze of Pocahontas at the Church of St George in Gravesend, Kent. Image by Gareth Fuller/PA Images via Getty Images

The statue’s relisting underlines its protected status and ensures her life and role will be recorded by Historic England. Pocahontas is a popular figure, starring in a 1995 Disney movie. Aspects of her story can be seen in James Cameron’s 2009 science fiction epic Avatar.

The real Pocahontas had a dramatic and sad life. Her childhood coincided with an early wave of English colonisation, and clashes between Native Americans and the new arrivals were frequent. In 1607 Powhaten captured Captain John Smith, and legend has it that Pocahontas saved his life by standing between Smith and an executioner’s club. She subsequently helped the colonists survive by bringing food to their settlement.

In 1609, an injured Smith returned to England (Pocahontas was told he had died) - and Pocahontas was captured as hostilities escalated in Virginia. In the English encampment she met and married John Rolfe, a pious man who was a pioneer in the tobacco trade. She travelled to England with him, attending a masked ball and James I’s court, but contracted an unknown illness and died at Gravesend in Kent while travelling back to the Americas.

Gravesend was an important trading port for most of its history, and while that industry has declined the town has benefited from being a stop on the HS1 railway which connects Britain to mainland Europe. As well as the statue, which is a 1950s replica of a 1922 original by William Ordway Partridge that can still be seen in Jamestown, Virginia, Gravesend  also boasts the world’s oldest surviving cast-iron pier.

Stolen Van Gogh paintings to go on show as route… 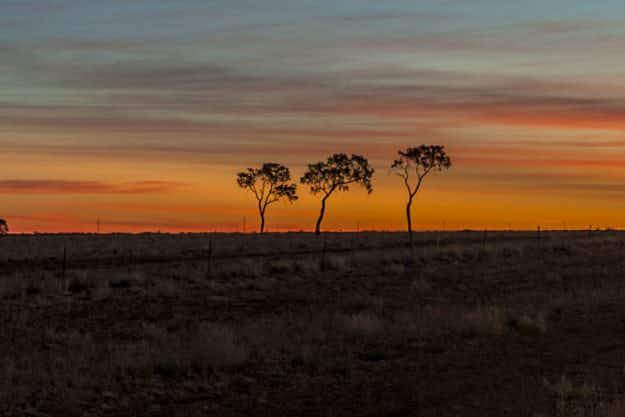 Itchy feet? This Australian Outback town is looking to recruit…