If you’ve watched the Jurassic Park film franchise and seen the ill-fated adventures of visitors to the parks, you may wonder why anyone would want to go there in real life. But a new exhibit in the US will allow visitors to enter Jurassic World – with only animatronic dinosaurs to scare guests.

The opening gate to Jurassic World: The Exhibition. Image by © James Thomas

Jurassic World: The Exhibition has finished a run in Melbourne, Australia and will open on 25 November at the Franklin Institute, a science museum, in Philadelphia. The exhibit is based on the Universal Pictures’ franchise. The latest instalment, Jurassic World, was released in 2015 and became the fourth highest-grossing film of all time.

Visitors will get to see life-size animatronic dinosaurs in themed environments inspired by the franchise. The “immersive and educational experience” was created in collaboration with Jack Horner, a palaeontologist who served as an advisor on Jurassic World.

According to a statement, the animatronics are the closest simulation of dinosaurs ever created – and will feature a 24-foot tall Brachiosaurus, and a life-size Tyrannosaurus Rex.

An animatronic Indominous in Jurassic World: The Exhibition. Image by ©James Thomas

Fans of the movie will get to recreate the whole experience as they take on the role of actual guests and tour the park in recreations of iconic moments from the franchise. The guests will “travel” to the film’s island location of Isla Nublar – a fictional place off the coast of Costa Rica – and head on a guided tour of the park, stopping into the lab to learn about the science of dinosaur DNA, and will also be able to head inside the raptor training paddock. 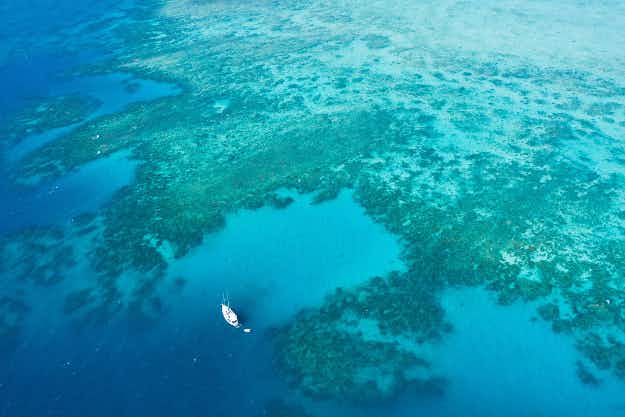 Scientists have discovered a massive reef hidden behind the Great…

First commercial flight to Cuba from the USA in 50…