The famous postcard prints of photographer John Hinde are among a large collection of British work being showcased in selected galleries in China over the next few months.

Motor Racing at St. Ouen's Bay, New Jersey by John Hinde. One of the prints currently touring China as part of the Work, Rest and Play Exhibition. Image by John Hinde Archive

The Work, Rest and Play exhibition showcases the work of British photographers from the 1960s up to today. First set up by The Photographer’s Gallery in London, the curators and organisers worked in collaboration with galleries in China to bring the exhibition to new audiences.

The John Hinde Collection's prints in Work, Rest and Play: British Photography from 1960s to Today at the OCT-Loft in Shenzhen last year. Image by The Pin Projects Courtesy of The Photographers' Gallery

First featured as part of the 2015 UK-China Year of Cultural Exchange, it is the first ever exhibition solely devoted to British photography to tour China. It premiered at the C2 Space in Shenzhen last year and was also displayed in Chengdu. It is now due to open at the Three Shadows Gallery in Xiamen this month.

The Photographers' Gallery in London set up the exhibition in collaboration with different Chinese galleries to bring the work of British Photographers abroad. Image by Wiki Commons / CC BY 2.0

The exhibition presents a survey of over fifty years of British photography, featuring over 450 images by 37 acclaimed photographers and artists working across a wide range of genres and disciplines including photojournalism, fashion, portraiture and fine art. Arranged chronologically, the exhibition explores an ever-changing British society through the years.

Piccadilly by Night, London from the John Hinde Collection currently being exhibited in China. Image by John Hinde Achive

Brett Rogers, director of the Photographers’ Gallery said, “We are enormously grateful to those that have helped us with this project, especially The Pin Projects and the British Council for their assistance in making it possible. As the primary venue for photography in the UK we hope to provide Chinese viewers with an introduction to some of the key themes and visual strategies employed by British photographers during this period of enormous social change.”

Mad Max by Tom Wood taken in 1993. Wood's work is also part of the Work, Rest and Play exhibition. Image by Tom Wood courtesy of The Photographers' Gallery

Some of the most famous work included in the project is that of John Hinde, the Somerset-born photographer whose postcard depictions of Britain, Ireland and other global destinations gathered attention from the late 1950s onwards after first going on display at Shannon Airport in Ireland.

Hinde's postcards have become famous for their stunning and nostalgic portrayals of Britain, Ireland and other global destinations. Image by John Hinde Archive

The launch of Hinde’s own company John Hinde LTD coincided with mass tourism as well as the beginning of a new pop culture that appreciated his striking, bold prints. The postcard series of photographs document the leisure industry boom in post-war Britain as well as the rise in modernism at the places that he and his team visited.

Botton's funfair at Night, Great Yarmouth from the John Hinde Collection and currently on tour in China. Image by John Hinde Archive

Other artists included in the Work, Rest and Play exhibition are Philip Jones Griffith, who documented Welsh miners in the 50s, Toby Glanville who took portraits of workers in rural Britain in the late 90s and Terence Donovan who comprehensively documented British fashion. Work by Anna Fox, Shirley Baker, Spencer Murphy, Mark Neville, David Spero and Jason Evans is also featured among many others.

There are plans for the exhibition to be housed at different locations in China in the near future, with exact locations yet to be announced. The Work, Rest and Play exhibition is running at Three Shadows Gallery in Xiamen from 20 August to 10 October. 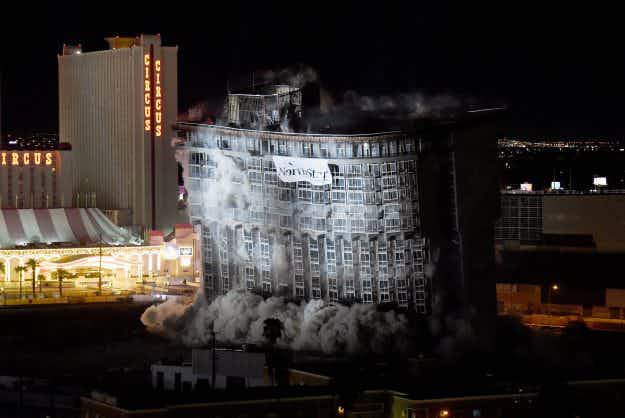 Final tower of famous Riviera Hotel and Casino in Las… 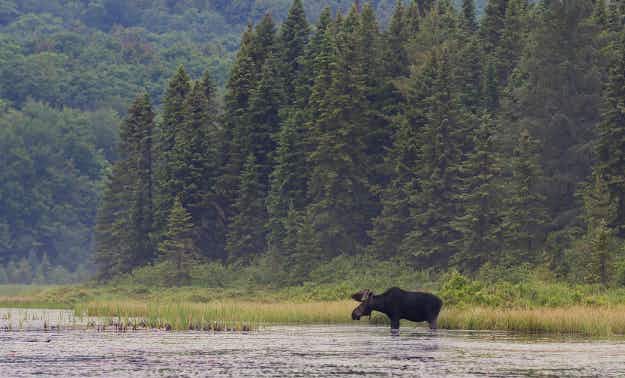 Proposed 400km hiking trail between Canada and the US was…