Happy Birthday Boeing! Seattle celebrates 100 years of the jet in museum of flight

This year is the 100th anniversary of Boeing, the Aerospace manufacturer founded in Seattle in 1916. To tie in with the centennial, Seattle’s Museum of Flight has arranged a calendar of special events, and, this month will unveil a new $23 million Aviation Pavilion housing 19 unique airplanes.

100 years of Boeing celebrates in the Museum of Flight

Anchoring the proceedings are the museum’s ongoing ‘centennial weekends’ incorporating music, workshops, presentations and special displays, which take place on the second Saturday of the month. Each month focuses on a different decade of Boeing history. June heralded the 1960s with a tongue-in-cheek look at airline food. July will investigate the 1970s.

The grand gallery inside the Museum of Flight

A grander and more specific exhibit came in to land on May 28th with the arrival of ‘Above and Beyond’. This hi-tech travelling show (running until September 12th) explores innovation in air and space travel. Rich in interactive learning ‘toys’, it offers simulated rides in a space elevator and a fighter-jet. The year’s most supersonic event will take place on June 25th with the opening of the new three-acre Aviation Pavilion. The covered pavilion replaces the museum’s erstwhile air park and will house an almanac of history-defining aircraft (some with viewable interiors) with an obvious bias towards Boeing.

Inside the spitfire musem

Winged wonders will include the original Air Force One presidential jet used by Eisenhower and Kennedy, a British Airways Concorde, a heavy contingent of WW2 bombers, prototypes of Boeing 727, 737 and 747s, and a test-version of the new 787 Dreamliner first brought into service in 2009. A celebratory air will reign over the weekend of 25th and 26th June with the museum open extended hours (9am-8pm). Expect musical performances, a flight-themed fashion show, complementary gifts and – this being Seattle – excellent food and beer. 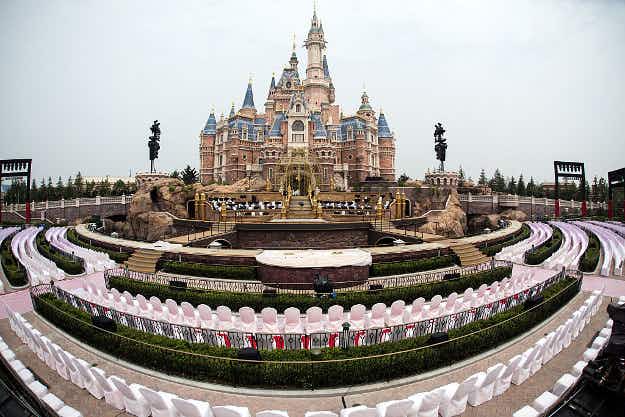 First look - Inside Shanghai’s new Disney Resort as it…

See a recently discovered Middle-earth map annotated by Tolkien for…