One of Africa’s oldest airlines has relaunched passenger services following a 14-year hiatus with help from Iron Maiden front man Bruce Dickinson, who landed one of the airline's planes in Djibouti recently.

First launched in 1963, Air Djibouti is one of the oldest airlines in Africa. It was closed in 2002 before being partially relaunched last year. Image by Aero Icarus / CC BY 2.0

Dickinson flew the passenger plane into the Horn of Africa from Cardiff, Wales recently, marking it as the first flight of its kind to be carried out in years. The location of the small country of Djibouti makes it an accessible and integral air and sea port to the adjacent landlocked Ethiopia. Aboubaker Omar Hadi, President of Djibouti’s Port Authority praised the new progress, outlining that the developments would allow the world to discover the potential that Djibouti has as a destination.

Djibouti in the Horn of Africa is in a key location for air and sea transport. Image by Sinny Pak / CC BY 2.0

The airline will initially serve regional areas in Kenya, Ethiopia and Saudi Arabia with plans to expand to Europe and Asia next year.

As well as being a famous rock star, Dickinson is an airline captain on numerous Boeing jet aircraft. In 2016 he upgraded his credentials to fly his band around the world in a Boeing 747-400 named Ed Force One. He is also a technical instructor for trainee pilots. 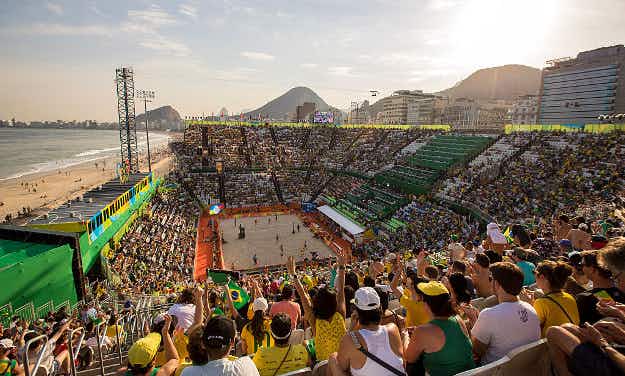 The beach volleyball arena at Copacabana is one of Rio’s…