Meet the Irishman who has spent the past decade bribing officials, hitching rides on cargo ships and surviving war-torn countries on his mission to visit every country in the world.

Ward, 33, from Northern Ireland has spent over ten years attempting to visit all 197 countries, and even managed to build a million dollar business along the way! The Irishman touched down in Norway, his 197th country, just in time for St Patrick’s Day, celebrating with his closest friends and family...and a pack of beautiful huskies! “I chose Norway as my last country because it is close to Ireland and the UK, safe, easy to get around and is super-gorgeous both in the summer with the fjords and in the winter with the Arctic circle and Northern Lights,” says Ward.

Johnny touches down in Norway. Image by Johnny Ward

Ward’s ten-year journey around the world was not without its challenges, with the Irishman getting hospitalised over 20 times, arrested twice and dealing with bribery, gunfire and civil war along the way. While many believe the time and cost of such a journey would be the most challenging, Ward says that perseverance was actually the toughest part of his goal.

With locals in Karachi Pakistan. Image by Johnny Ward

“Not giving up when I was scared, lonely, tired and sick, for years on end, was definitely the toughest. There were times I wanted to pause my progress, and I'm so thankful my loved ones supported me and pushed me through the tough times.”

His second-last country to visit was Yemen, a country he attempted and failed to visit several times before finally hitching a ride on a cement cargo ship to the island of Socotra last month. Ward has also had a lot of fun along the way, bumping into celebrities Vince Vaughan and Ronaldinho on the same night in a club in Beijing, riding an iron ore train across Mauritania and taking his Mum with him to Afghanistan.

With kids in Yemen Image by Johnny Ward

“The last ten years have been a dream, an adventure,” he says. “It's allowed me to build my business, my blog, become financially-free, to experience and see new things daily for years on end. I feel so grateful.”

Ward now plans to grow his charity, Give Back Give Away, as well as setting himself a new challenge of travelling from Belfast to Bangkok by Tuk Tuk!
Get the top travel news stories delivered straight to your inbox every weekday by signing up to our newsletter. 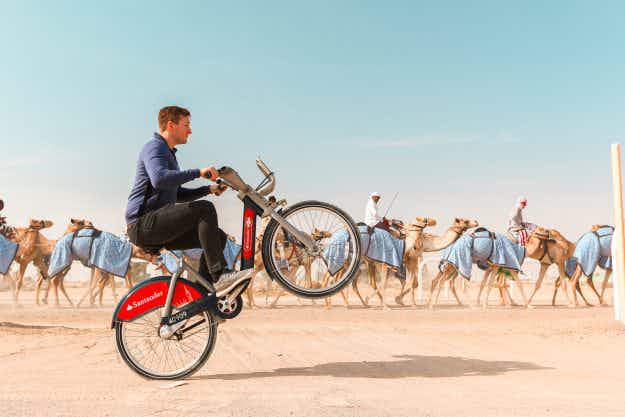 Meet the man who cycled around the world on a… 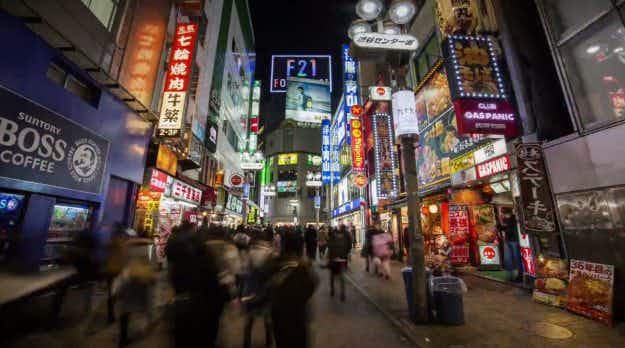 Take a digital tour of Tokyo’s neighbourhoods with this stunning…