Images of the day: devils, dinosaurs and hot air balloons

The Mardi Gras sweeps through New Orleans and the 'Endiablada' takes place in Spain this week leading to a particularly carnivalesque collection of images of the day.

A lorryload of dinosaurs Image by PA

A lorryload  of dinosaurs is unloaded at Port Lympne Wild Animal Park near Ashford, Kent. The 24 lifesize and anatomically correct replica dinosaurs made in Germany will be placed on permanent display as part of an exhibition of 103 dinosaurs in the park and it will open at Easter.

Russian adventurer Fedor Konyukhov tries out the 2.2m x 1.2m gondola which he will live in for the duration of his attempt to set a world-record for travelling around the world in a hot air balloon, is pictured here during a visit to Cameron Balloons in Bristol.

The Endiablada in Spain Image by PA

A man taking part in the traditional Endiablada Image by PA

In the festival, men from the town dress up as devil-type characters in colorful jumpsuit costumes and red mitre hats. They don large heavy copper cowbells around their waists, which clang incessantly as they walk, dance and jump through the town's winding streets and visit the cemetery. The 2 February procession, the "Candelaria" (Candlemas), represents the Virgin Mary presenting baby Jesus to authorities in the temple 40 days after Christmas. The protocol is believed to have caused her some embarrassment and the accompanying bell-clanging characters are thought to be a way of diverting the public's attention.

Bruce "Sunpie" Barnes, head of the Mardi Gras North Side Skull & Bone Gang, poses with his accoutrements for Mardi Gras day in a cemetery in New Orleans.

Their costumes are intended to represent the dead, and Barnes said they bring a serious message, reminding people of their mortality and the need to live a productive and good life. 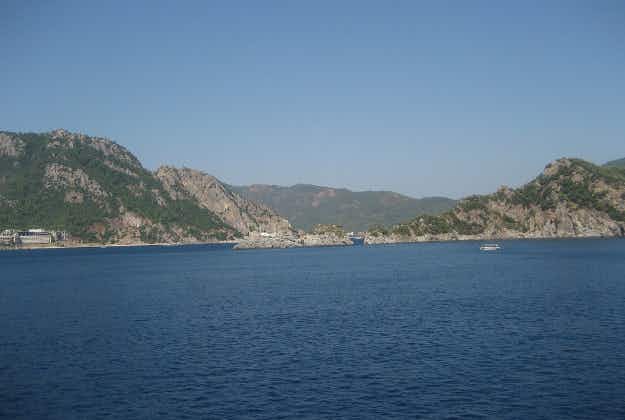 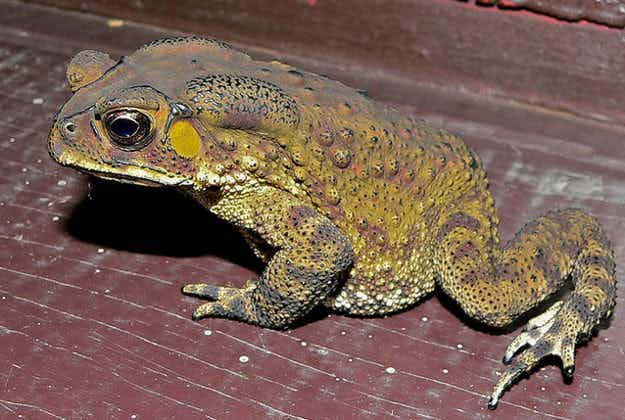