See this family-ran frozen winter wonderland - before it melts! Crowds are currently flocking to the backyard of Jim and Shannon Youngstrom’s property, located conveniently close to Yellowstone National Park in Idaho.

Not that this is particularly unusual of course, the couple has been running a guest house and wedding venue from their 7000 sq ft property and surrounding seven acres of lake and forests for some 20 years. Late last year, along with the help of a local doctor named Rodney Jay, proprietor Jim came up with the idea and a system to build whimsical ice structures.

“The Ice Palace originated from wanting to bring people to LaBelle Lake in the winter and have them enjoy the beauty of Idaho winters,” Jim’s daughter and manager of the family business, Kira Martin, told Lonely Planet. She explained that just like he physically built LaBelle’s existing log bridges, fences, and the cabin itself, Jim oversaw the installation of a winter wonderland comprised of ice passages, slides, and thrones.

This involved filling plastic sleeves with water to man-make the ice pillars and then chainsawing them into the relevant designs. Where a roof was required, they physically made the links and then turned on the sprinkler system to solidify everything.

The structures also light up as people make their way through them. Tickets ($10 for adults, $7 for kids, or $45 for a family pass) include a complimentary hot chocolate. If that wasn’t enough to draw crowds to the south east Idaho location - entertainment is guaranteed. Younger guests will marvel as a particularly beloved Disney character appears weekly.“Elsa will be coming every Thursday,” Martin confirmed.

As for how long the Ice Palace will be open to the public, unfortunately, they are at the mercy of Mother Nature. “Idaho is actually having a very “warm” January and the Ice Palace is smaller than it was when we first opened,” Martin lamented.“It is still amazing and should be seen before the end of the season. We will be open as long as we can but it totally depends on the weather. If it doesn’t cool down it won’t make it until the end of the season.” 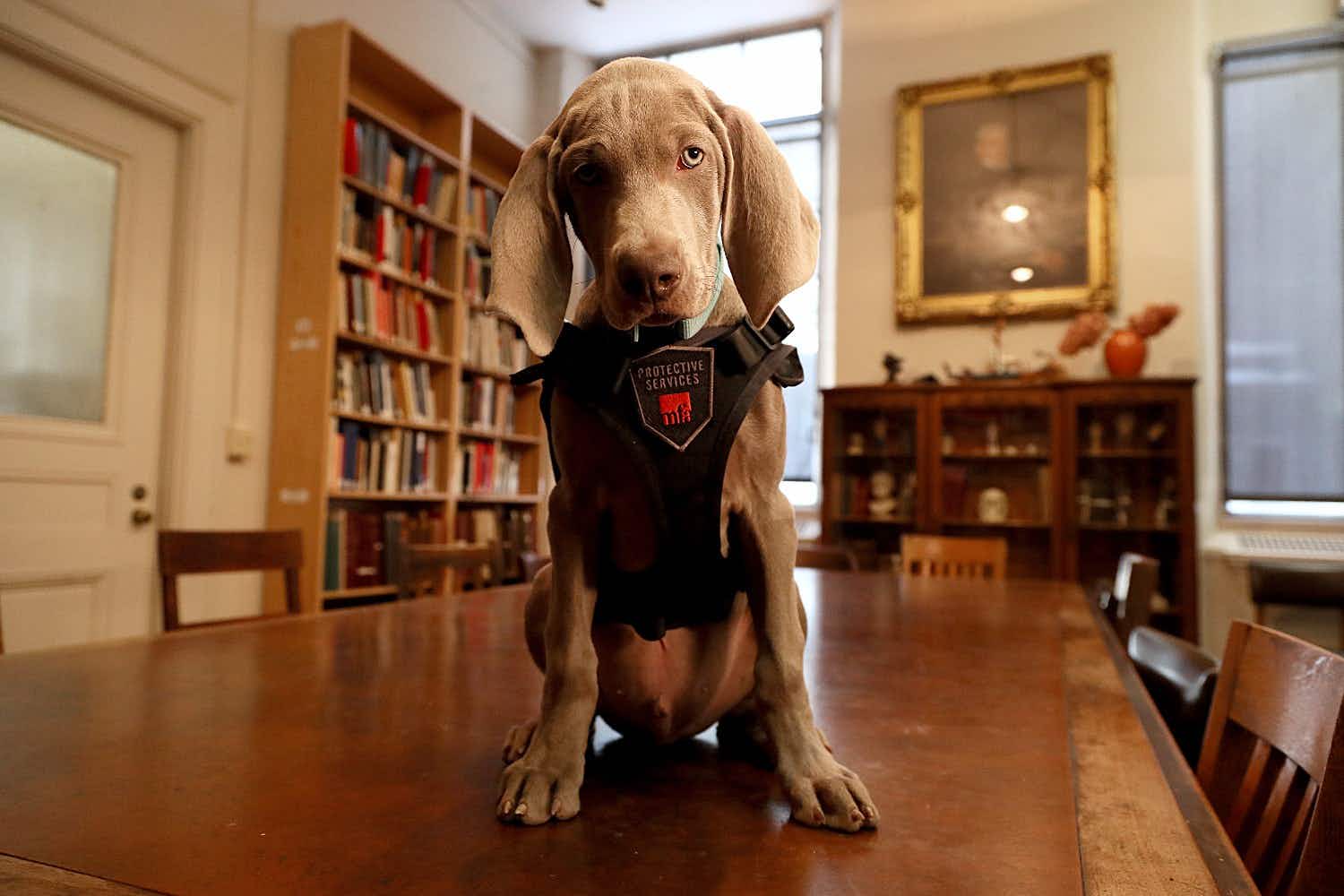 This adorable puppy has a very important job at Boston’s…

A slum in Mumbai was given a make-over to look…