If you’ve ever dreamed of driving along a frozen stretch of the Arctic Ocean in Northern Canada, it’s time to act fast, as the famous ice road is in its final year.

The Tuktoyaktuk ice road is a seasonal stretch of the Dempster Highway, connecting the communities of Inuvik and Tuktoyaktuk, 200 kilometres north of the Arctic Circle, in the Northwest Territories. The frozen highway – featured on the show Ice Road Truckers – is made up of areas of the Mackenzie Delta and the Arctic Ocean, which freeze over in the harsh winters. Next year, work will be completed on a new all-season road connecting the communities, as the annual freezing and thawing of the road makes travel impossible during those periods. The new road means travellers will be able to drive all the way up to the Arctic Ocean year-round. But, naturally, driving on an ice road has its own allure, and Spectacular NWT, the territory’s tourism group, is promoting the final year to adventurous travellers.

The website notes that a trip to Tuktoyaktuk is always exciting: “but a trip up in the winter, meandering through the frozen Mackenzie Delta and the treeless Arctic tundra as your four wheels leave pavement in favour of ice, is dreamlike”. They note that a good time to visit will be from 6 to 8 January, as Inuvik will be hosting the Sunrise Festival. In December, the sun doesn’t rise above the horizon, so in January, when the run reappears, there is a festival with celebrations, food, dancing, fireworks and more. If the thought of heading north into the dark and cold doesn’t appeal, on 9 April, visitors can take in the annual reindeer crossing, where the thousands of reindeer are herded over the ice road to head to their calving grounds.

Dempster Highway is the road to the Mackenzie Delta. Image by Theo Allofs/Getty Images

If you’re wondering how to even get into the vicinity of the ice road, travellers just have to get to some of Canada’s larger cities. Travellers can fly to Inuvik on a daily flight from Edmonton, Yellowknife and Whitehorse or on a weekly flight from Vancouver, Calgary or Ottawa. Trying out the ice road before its gone is not the only reason to visit Canada this year – Lonely Planet also named it the best destination to visit in 2017.

You can catch a sleeper train to the land of… 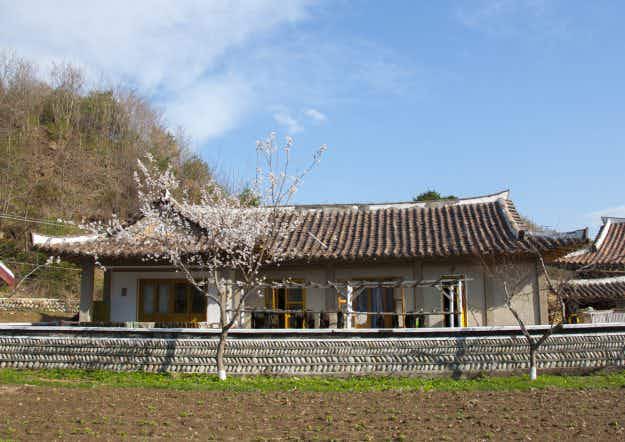 Photographer captures fascinating images of ordinary life while staying at…