The hottest shows on the planet: get in line for the world's most sought-after tickets

There are some tickets that are just so red-hot, people are willing to travel to them from all over the world, while waiting for months on end for tickets and paying huge fees to secure them.

Check out our pick of some of the hottest shows, restaurants, festivals and concerts on the planet.

With prices ranging from US$399 (three-day general basic entrance) to US$1599 (pit and seated) tickets have already sold out for rock mega-festival Desert Trip, which runs for two weekends in October. It features Paul McCartney, Bob Dylan, the Rolling Stones, The Who, Neil Young and Pink Floyd’s Roger Waters. With a stellar line-up like that, it is unsurprising that the second weekend sold out in a mere five hours, with concert organisers reporting that orders came in from all around the world. In a year where we have already lost so many icons and stars, the fact that none of these guys is getting any younger probably made the tickets even more desirable.

A staggering 400,000 people tried to place orders for the 75,000 available tickets, and the lucky ones who were successful will enjoy some of the world's biggest acts in the world at the Empire Polo Club from October 7-9 and 14-16. Camping onsite starts at US$99, food is available through food experience packages for US$179 to US$499, and general admission prices for one day began at US$199. See Desert Trip Festival for further details.

Walt Disney's Club 33 in the New Orleans Square section of Disneyland is one of the most exclusive and expensive places to dine in the world, and the estimated waiting time for a table is 14 years. That's almost as long as the queue for one of its rides - we jest!  If you'd like to skip the wait time, you can join the club for US$25,000 and pay $10,000 annually for membership, which doesn't include food and drinks. Happily it does give you advantages like fast passes in the park, upgrades on Disney cruises and behind-the-scenes tours of the park's attractions.

Club 33 was originally aimed as a place for Disney to entertain investors, but opened to the public in 1967. Membership is so highly-sought-after that the last time it opened up membership in 2012, it accrued an 800-person waiting list. If you'd like to check it out, see Club 33.

There are acts like Radiohead and the Deftones to enjoy, but if you have a spare million dollars to spend on a festival, the Secret Solstice in Iceland might be for you.

Festival organisers say that the million-dollar experience for six people includes return business jet transport from anywhere in the world, two private concerts, access to a six-room villa, personal assistant and chef, access to sold-out world-first side events, 24/7 access to two luxury cars, personal drivers, and private security and Icelandic tours and nature experiences. The festival runs between 16-19 June and the world-famous Blue Lagoon will be reserved for an evening for the exclusive ticket purchaser and their invited guests.

If you'd like a million dollar ticket, check out the fabulous details here. If you don't have that kind of cash to spare, happily you can still attend the festival as regular guest for US$199. See details here.

Fans who want to catch Dolly Parton’s Peace Center show on 5 June could pay as much as $500 for the experience and US$2300 to meet the star herself. The country icon is performing at the 2100 seater venue in South Carolina as part of her Pure & Simple Tour, which is expected to hit 60 cities in the US and Canada. See details here. Ticket prices begin at $100 and reach $500, with the latter being the most expensive Peace Center concert ticket ever offered for sale.

For devoted fans, there are also VIP tickets available but you might have to slap a bit of overtime on the old 9-5 job to afford them. The Ultimate package costs US$2300 and it includes, among other things, one premium reserved ticket located in the first three rows, an exclusive backstage museum tour of Dolly’s personal wardrobe, guitars and memorabilia, and a VIP pre-show reception with complimentary drinks and appetisers.. Best of all, you get a personal photograph taken with Dolly herself. If you only fork out US$1000 on the Museum Tour package, you get the perks like the VIP entry, pre-show reception, backstage museum tour and one premium reserved ticket located in the first five rows, but you ain't gonna have your mug in a shot with Miss Dolly.

For further information on the Peace Center concert and VIP packages, check out the details here.

It's a musical that recently set a record after being nominated for a record-breaking 16 Tony Awards, but if you'd like to see it, you'd need to be patient as there are no tickets available from the theatre until January 2017. Demand is so high for the musical Hamilton, whose creator and star is American actor, composer, rapper and writer, Lin-Manuel Miranda, it began its sold-out off-Broadway run at the Public Theater in February 2015 before transferring to the Richard Rodgers Theatre in August of that year. The story centres on the life of American founding father Alexander Hamilton, and was inspired by the 2004 biography Alexander Hamilton by historian Ron Chernow.

The show's popularity has been helped by winning a Grammy Award for Best Musical Theatre Album and the Pulitzer Prize for Drama. Premium tickets sold from the official box office for US$549 and ticket resale sites are now charging desperate fans thousands of dollars for a coveted ticket. There is also an online ticket lottery, where some lucky fans have the chance to win a ticket for only US$10, and details are on the official website.

People are so desperate to get tickets, the W New York on Times Square is offering a Hamilton package of one guest suite and two coveted tickets to the show for US$3500. Read more here.

'Hello from the other side' is what many disappointed Adele fans will be saying after more than 400,000 tickets for her forthcoming US tour sold out in less than an hour. After five years away from the tour circuit, Adele's 56-date "25" tour kicks off in July at the Xcel Energy Center in Saint Paul, Minnesota, and the demand for tickets will continue to rise as the tour approaches.

She's brilliant and her songs are amazing, which is probably why secondary tickets for her Adele's six September concerts in Madison Square Gardens in New York are available for US$324 - US$7,469, with the average ticket coming in at $1,126, according to secondary site Razorgate. When they first went on sale through Ticketmaster, the price range was a less eye-watering US$39.95 - US$149.50, but fans are so desperate to make the British songstress feel their love in person, the prices have shot up.
. 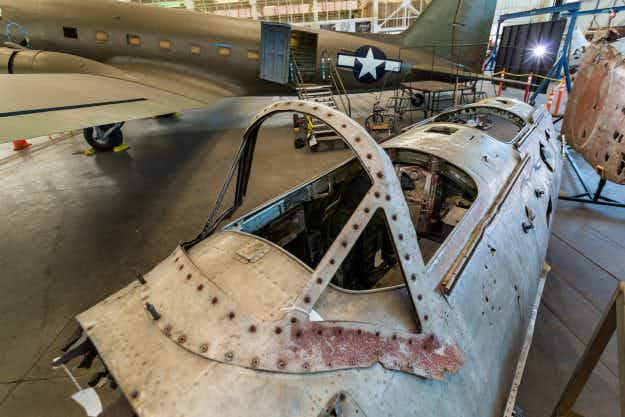 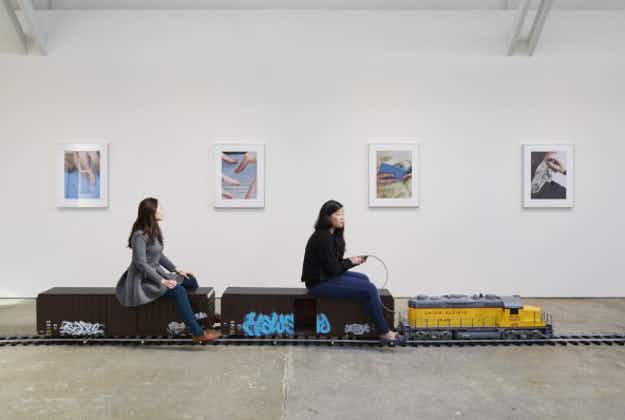