Construction has begun on the old TWA terminal at JFK International Airport in New York, which is going to be transformed into a 505-room luxury hotel, complete with a food hall and observation deck.

It will take approximately two years for the construction of the six-storey hotel to be completed, so the hotel is currently scheduled to open in the autumn of 2018. Famous architect Eero Saarinen designed the original terminal for Trans World Airlines, which ceased operations in 2001.

The hotel will connect to Jet Blue's Terminal 5, which underwent a stunning six-year restoration at the hands of Beyer Blinder Belle that was completed in 2015. The lobby of the hotel will look just like the terminal did when it opened in 1962, thanks to its red seats and carpet.

A redevelopment plan was put together by MCR Development to bring the national landmark to its original splendour and deliver the world-class TWA Flight Center Hotel. The privately funded redevelopment will include 50,000 square feet of conference, event and meeting space and eight food and beverage outlets.

Why poor Brodie the teddy bear got banned from a… 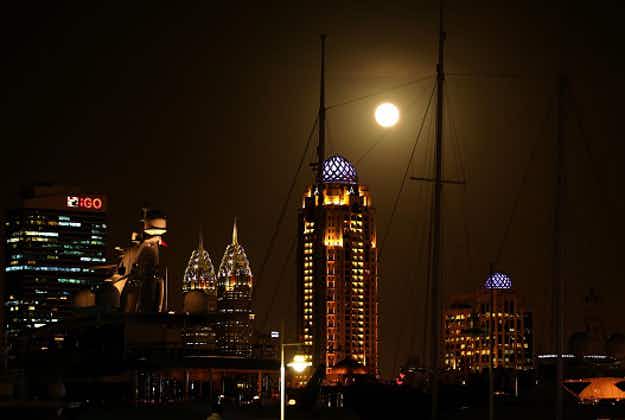 Dubai to open stargazing centre for amateur astronomers and tourists…