As the Bonnaroo Arts and Music Festival gets ready to kick off its 15th year on Thursday, forecasts suggest record high temperatures are set to scorch the estimated 85,000 visitors to The Farm.

Luckily, one of mankind’s most beloved innovations is set to make its first appearance—running water.  For the first time in the festival’s history, there will be 300 permanent, plumbed-in toilets on site, allowing festivalgoers to avail themselves of the facilities in a much more comfortable fashion than in years past.

Festival co-founder Rick Farman told Dave Paulson of The Tennessean, “We always want to stay ahead of the curve and create the best experience we can for the fans. One of the things we heard feedback from the fans on is that, obviously, the Port-O-Let experience is not as comfortable as permanent bathrooms. We decided that would be a good place for us to spend some of our investment capital, and now we're really glad that it's going to be out there this year.”

The installation of a permanent water line on the 700-acre festival site has allowed for a huge increase in the creature comforts available to Bonnaroovians, including 58 filling stations for water bottles and the construction of three shower buildings, each containing 56 showers, both innovations that campers spending four days in the hot, humid Tennessee weather will rejoice over.

Bonnaroo is the USA’s largest camping music festival, with the vast majority of attendees staying on site for the duration of the event. As the only festival in the US that operates 24 hours a day without a curfew, the organisers strive to turn this beautiful bit of farmland into a magical, immersive experience for the entirety of the festival, with food trucks, a cinema tent, a comedy stage, general stores and craft vendors providing nonstop entertainment.

For a look at this year’s lineup and to buy tickets, visit lineup.bonnaroo.com 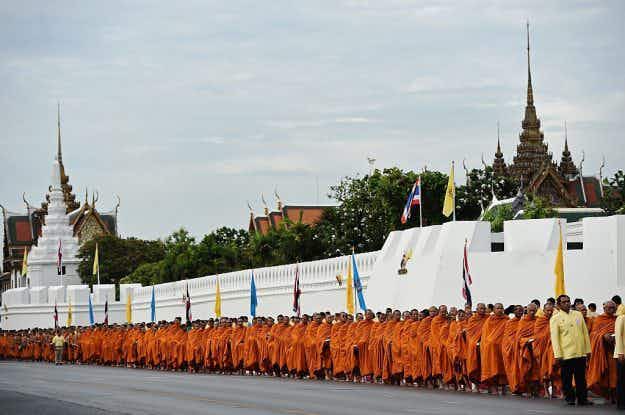 Thailand goes yellow for the 70th anniversary of King Bhumibol…