There's one seat left on a historic flight to see the Southern Lights...and it could be yours

A historic flight to see the Aurora Australis - the Southern Lights - is due to take off on 23 March...and there’s one seat up for grabs.

The Southern Lights are less famous and photographed than their northern counterparts. The difficulty in seeing them is due to the lack of landmass in the Southern Hemisphere, making comfortable Aurora-seeing trips almost impossible. However, airplanes can fly to latitude 62, making for a spectacular journey.

This flight was organised by Ian Griffin, director of the Otago Museum, and tickets were snapped up almost straight away. However, one ticket is currently up for auction on TradeMe, with all proceeds going to charity. The winner will have an economy seat with a shared window and access to the window to see, and take photos of the lights. The flight path also follows a ‘zig-zag’ pattern, allowing people on both sides of the plane to get a great view at different times. Current estimates put the probability of seeing the lights at more than 90%.

The flight leaves Dunedin on 23 March at 9 pm and lands back at 5 am the next day. It will be fully serviced with economy and business class seats and there will be guest speakers onboard to talk about the phenomenon. Most of the passengers on the flight are expected to be photographers and astronomers and the flight will include a master class on astro-photography. As well as the incredible views, the flight is also expected break some records, including the longest flight from Dunedin, and the longest flight without cabin lights, which will be turned off so passengers can get the most out of the Lights.

The ticket for the flight is valued at NZ $2000 and at the time of publication, the auction had reached just over $1000. Bidding ends on Wednesday, 1 February and all proceeds from the sale will go to New Zealand’s Variety children’s charity. The ticket includes a pre-flight reception but does not include costs to travel to Dunedin or any accommodation you may need.

If it’s not within your budget right now, don’t worry. Last year Mr Griffin said that if there was a demand there’s a possibility that the flight will become an annual event. 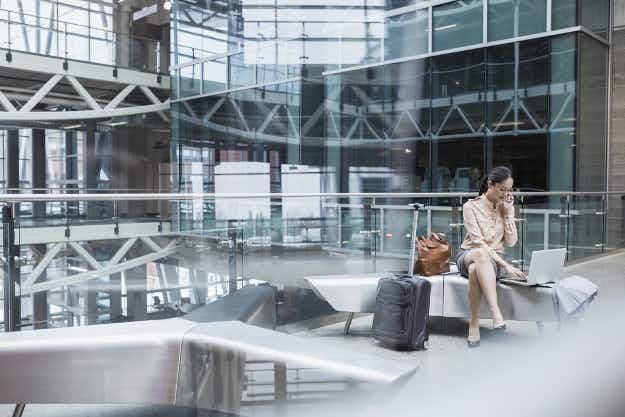 Nearly 30% of business travellers would take a lower paying…

Love Australia? This could be your last chance to apply…