Twin Peaks, Dolly Parton and Christmas are among the themed rooms at this California hotel

If you’re a fan of Twin Peaks, Dolly Parton, Christmas, Dungeons and Dragons, or a combination of any of the above, a new hotel in California may be right up your alley.

Hicksville Pines Chalets & Motel has an idiosyncratic selection of themed rooms that are sure to entice travellers looking for an off-beat place to stay. The motel is a project of Morgan Higby Night, a writer and director from Los Angeles. The new motel is actually his second foray into quirky accommodation – he also created a trailer park motel, called Hicksville Trailer Palace, in Joshua Tree in 2010. That site features an assembly of unique trailers, ranging in style from a Western theme to the 1970s and aliens.

The new motel is in Idyllwild, set up in the mountains above Palm Springs about an hour and forty-five minutes from LA, according to Morgan. He told Lonely Planet that he spent a year remodelling the hotel after buying it in August 2015. As for the rooms’ unique themes, he said: “I picked themes that I love and even brought on board a couple of my biggest inspirations design wise, Dita Von Teese and Third Man Records. It was a lot of hard work but also incredibly rewarding and I hope that people have as much fun staying there as it was to create”. The Dita Von Teese room was designed by the burlesque dancer and designer, along with her designer Stacia Dunnam, and Third Man Records, founded by musician Jack White, was also involved with its themed room.

The wide variety of different rooms means there’s likely something that will appeal to most travellers, but for Morgan, he’s just picked out what he loves. The rooms are highly committed to their themes: the Dolly Parton room features a wooden tub and a Dolly Parton pinball machine; the 70s honeymoon kitsch suite features a king-sized waterbed, pink shag carpet and a heart-shaped tub; and the Twin Peaks room is filled with details from the classic David Lynch series.

Morgan notes that his first motel, the Hicksville Trailer Palace, was a huge gamble, but it paid off. He says he was shocked and appreciative that people were interested in the kind of unusual place he wanted to create. When it comes to creating the new hotel, Morgan says that “from an artistic standpoint it's a dream come true and the child in me was in heaven”.

See more of the motel’s themed rooms on its Facebook page. 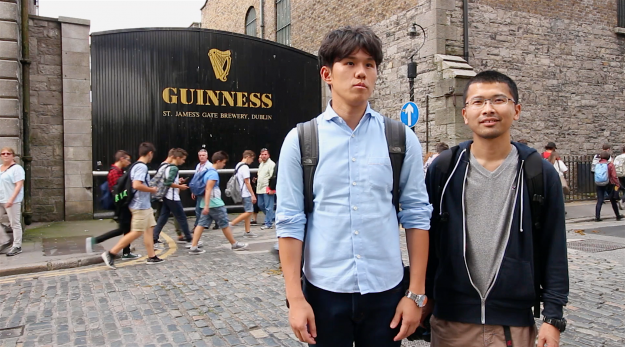 Is this Dublin's most photographed spot? We meet some of… 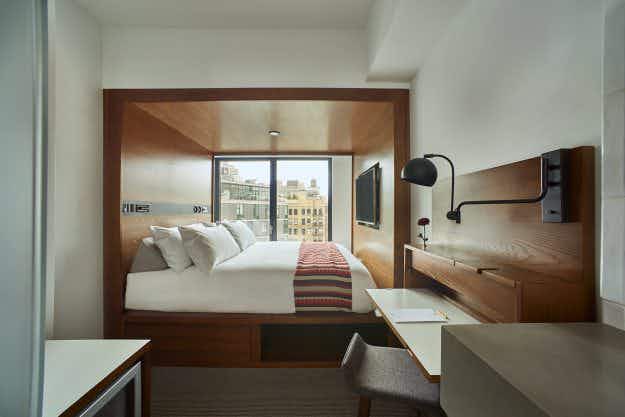 Why tiny rooms hotels are going to be a big…