This coming weekend Helsinki will host its first Sauna Day as private saunas all around the city will throw open their doors to the public.

Helsinki's private saunas are opening up to the public this Saturday - a throwback to the 1920s and 30s when there were over 100 public saunas in the city Image by Miika Silfverberg / CC BY 2.0

It is something of a throwback to the 1920s and 30s when the Finnish capital could boast over 100 public saunas for its citizens and tourists who visited the country.  Now though, there is only one remaining - the neoclassical Yrjonkatu Swimming Hall in Kampi. Saturday’s re-opening is also something of a re-awakening as the sauna ritual is about offering the opportunity for communities to come together as much as it is about relaxation and mindfulness.

Finnish citizens are proud owners of the cleanest water in the world, according to the United Nations

The Independent in London reports that an actor and a restauranteur - Jasper Paakkonen and Antero Vartia - have teamed up to create the upmarket Loyly Design Sauna in the up-and-coming neighbourhood of Hernesaari, due to open in the next two months.

Of course, the streets of Helsinki know all about arctic breezes and the country is enveloped in snow for several months every year. In winter, there are long hours of darkness yet the Finnish ritual of having a sauna regulates life from those less appetizing winter days to those of balmy summer temperatures. The sauna is part of the Finns love affair with their environment, part of which can be explained by the fact that the city has 130 kilometres of coastline. The UN has classified Finland as having the cleanest water in the world so there is no better place to immerse yourself in – either inside or outside. 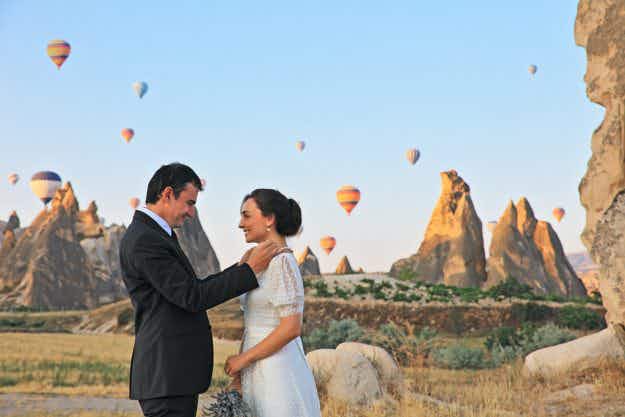 Twenty-two couples said ‘I do’ in hot air balloons over…