A baby orangutan who constantly wrapped her arms around her body because she missed her mother has been rescued by a British animal charity in Borneo.

The ape, called Joss, also threw herself onto the floor repeatedly and banged her head against a wall in further signs of her psychological trauma.

British charity workers fear Joss's fragile mental state came after she witnessed her mother being killed before being snatched and sold herself.

Joss was bought for £25 by a family in Borneo who had felt sorry for her and were unaware that it was illegal to keep an orang-utan as a pet.

In their house, she was treated like a toy, often being hugged and squeezed by the family's children with no understanding of how distressing this was for her, experts said.

By the time the authorities became aware of Joss, the owner realised he was breaking the law by keeping her as a pet and voluntarily handed her to International Animal Rescue (IAR).

East Sussex-based IAR said Joss had a "haunted, fearful expression" when she was rescued in Parit Deri, West Borneo, in conjunction with the Natural Resources Conservation Agency.

IAR veterinarian Jaclyn Eng said: "Joss hugs herself constantly because she misses the physical contact and comfort she should still be getting from her mother.

"Her life up until now must have been very traumatic and stressful for her to behave in this abnormal way. Animals usually develop stereotypical behaviour as a coping mechanism in response to a stressful situation.

"Our team has never seen such a young baby orangutan exhibiting stereotypical behaviour like this. It is extremely distressing to watch because it must reflect the mental and emotional trauma little Joss is suffering."

Officials at IAR Indonesia said Joss was the 99th orangutan to be taken into its rehabilitation centre amid a rising number affected by burnt-out forests in recent months.

It will take years for Joss to rehabilitate fully and be returned to the wild as traumas that cause psychological damage are often harder to treat than physical injuries, IAR said.

IAR chief executive Alan Knight said: "The video of Joss is so distressing that at first I wasn't sure we should make it public. But this is the grim reality of what is happening to orangutans in Indonesia.

"As a result of the relentless destruction of the rainforest, compounded by the devastating fires which wiped out millions more acres during the latter half of 2015, these great apes need more help than ever if they are to survive." 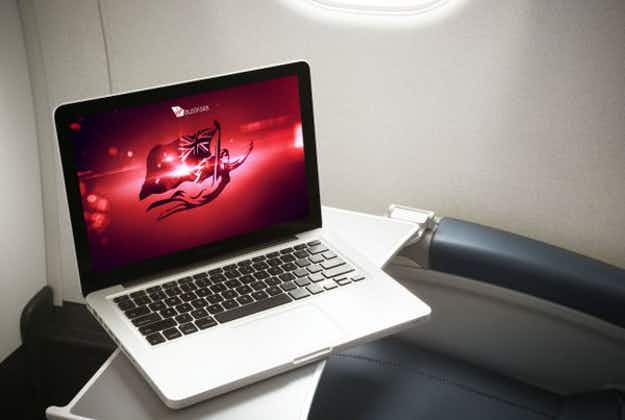 Soar as you learn? New in-flight courses on offer