Are you eagerly awaiting the next season of the hit Hulu series The Handmaid’s Tale? In the meantime, you can check out some of the visually striking costumes on display in Atlanta.

The Savannah College of Art and Design will display costumes from the Handmaid's Tale. Image by Hulu

The Savannah College of Art and Design (SCAD) will hold the exhibition at the SCAD FASH Museum of Fashion + Film. Costumes from the first and second seasons of the Emmy- and Golden Globe-winning television series can be seen from 30 April until 12 August. The series is based on the 1985 award-winning Margaret Atwood novel, following the experiences of women forced into subservience – including being forced to bear children – after a civil war in the US. The show stars actors Elisabeth Moss, Joseph Fiennes and Samira Wiley, and gained attention for not only its subject matter but also its stunning visuals.

The museum – located at the college that teaches costume design – collaborated with a designer from the show, Ane Crabtree, to design the exhibition. Not only was she nominated for a 2017 Emmy for her work on The Handmaid’s Tale, but also worked on other artistically driven shows like Westworld, Masters of Sex, and Pan Am. "Ane Crabtree is someone who can tell stories with clothes, and the impact the show's wardrobe has had in the political conversation around the world has been groundbreaking, but honestly not surprising," said The Handmaid's Tale creator Bruce Miller. "She's a genius and fabulous human being, and we're thrilled that SCAD is honoring her work."

The exhibition will kick off with a screening the third episode of the new season on 30 April, at SCADshow in Atlanta, followed by a question and answer discussion with cast and producers of the series. The event is free, but registration is required. The exhibition will open to the public on 1 May and entry to the museum costs $10. Find out more at scadfash.org and reserve a ticket to the screening at scadfash.org/handmaids-tale.

Travel around the world in eight photos 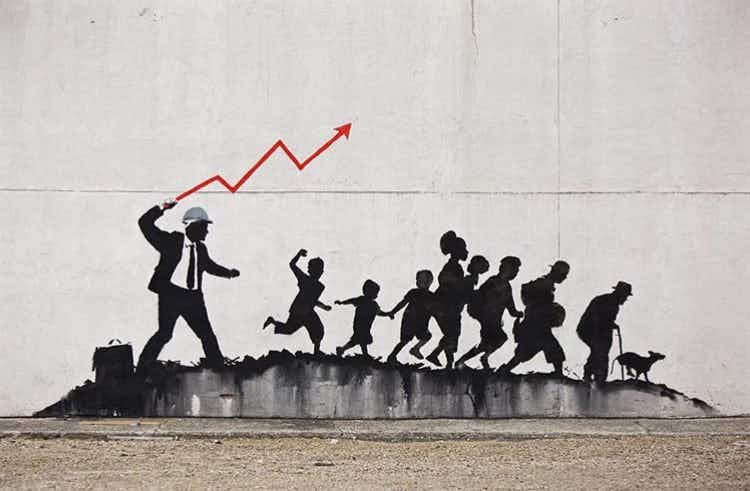 Two new Banksy murals have popped up in New York…