After 20 years of excavations at the site of ancient Stagira in northern Greece’s central Macedonia region, the archaeologists believe that the tomb discovered back in 1996 belongs to the great ancient Greek philosopher Aristotle. This announcement was made at the World Congress on Aristotle, which is taking place in Thessaloniki celebrating 2400 years since his birth.

The leading archaeologist Kostas Sismanidis told the Greek media that, while there is no hard proof that it is indeed Aristotle’s tomb, there are strong indications that lead to almost certainty.  According to the research findings, the vaulted tomb which is in an edifice with a marbled floor and an altar, dates from the early Hellenistic period. It was located near the agora (market square) and had panoramic views. It’s also believed the tomb was destroyed by Byzantium, as a Byzantine tower was built on top of it. Other findings from the site include coins dating from Alexander the Great’s time and ceramics from royal pottery.

Aristotle was the greatest ancient Greek philosopher, a student of Plato and Socrates and a tutor of Alexander the Great. He was born in Stagira in 384 BC and died in Halkida on the island of Evia in 322 BC. There are some literary sources that indicate that his ashes may have been transferred to his birthplace by the people of Stagira.

Aristotle’s Lyceum in Athens, where he founded his school in 335 BC and taught rhetoric and philosophy, opened to the public in June 2014 after years of archaeological work. Known as the Peripatetic School (from the Greek ‘peripatetis’ which means wandering), because the teacher and his pupils would walk as they talked, it used to lie outside the city walls but is now part of a park area in central Athens. In honour of the great philosopher, the Aristotle’s Trail 22km thematic hike was launched in late 2013 in the Mt Athos area of the Halkidiki Peninsula in northern Greece. 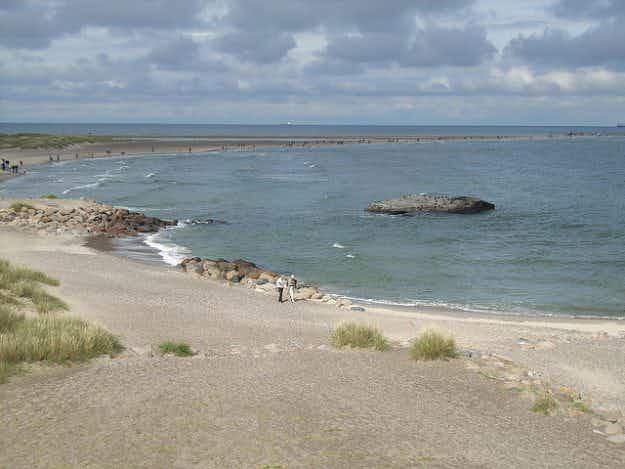 Danish coastal and inland waters at their cleanest since records…

Discover the coolest corners of Europe with a start-up that…