The insiders’ guide to finding great value in travel in 2017

We all love to get value for money, and holidays are no exception, particularly as they are generally a relatively large purchase. With this in mind, Lonely Planet spoke to some British, American and Australian travel experts to get their insider tips on how to find great value in travel in 2017.

When is the best time to book accommodation?

According to John Pilkington of Trivago, knowing exactly when to book your hotel room to get the best possible price is an important factor when it comes to planning a trip. "We have found that securing your room far in advance does not necessarily guarantee the best deal," he says.

A bedroom at the OFF hotel in Paris. Image: OFF Hotel

"Our data shows that holidaymakers can expect to make the biggest savings when booking accommodation around 30 days before a trip. We also found that, contrary to popular belief, booking the day before travel is generally less expensive than paying more than two months in advance, opening the door to last-minute decisions and spontaneous trips."

What do people need to take into consideration when choosing best-value accommodation options?

Amanda Behre from Australian reservations company Wotif advises people to include value add-ons such as ‘breakfast’ or ‘parking' while searching through accommodation options. She also has a word of warning around keeping track of what you bill to your room.

"Try to avoid the temptation of signing your daily poolside cocktails and pizza to your room number, which can easily add up, dollar-wise," she says. "Also, keep track of your spending by paying your bill every few days rather than at the end of your holiday."

Be careful when charging poolside drinks and snacks to your room. Image: Plush Studios/Bill Reitzel

What’s the best way to save money on flights?

"In short – when you’re flexible," says Oonagh Sheil of Cheapflights. "The prices for flights with low-cost airlines increase as time goes on, so the best time to get the cheapest fares is when the tickets are first released, or in a seat sale, though availability is always restricted in these sales."

Being flexible is the key to getting a great value flight. Image: Marc Romanelli/Getty Images

"You can find often find charter airline late deals available when they’re trying to sell their spare seats at cheaper prices," says Oonagh. "Additionally, cheap last-minute flights can also be found by booking two one-way journeys. It allows you more flexibility too, so consider booking one route with one airline and returning with a different airline."

When is a cheap flight not a bargain?

The flight is only the means to getting you to the destination. Once there, you have to stay somewhere and fork out for food and entertainment, and all that has to be taken into consideration when you are looking for great value in travel. "There are some fantastic and tempting flight deals in the market," says Amanda Behre from Wotif, "but it’s important to check out accommodation for the region you are visiting to ensure it's both available for your dates and aligned with your budget."

Located just outside the city of Chiang Rai, Wat Rong Khun has become famous in Thailand as the White Temple. Image by Supoj Buranaprapapong/Getty Images

"Keep an eye on when early bird sale fares are released and select a flight that departs in the middle of the week," she says. "This can lead to hundreds of dollars of savings and more spending money once you are actually on your holiday."

Two's company, but is being a solo traveller more economical?

According to James Teideman of flight comparison site Skyscanner, when you begin your search for cheap last-minute flights, start by searching for one ticket instead of two. "If you find the flight you want and you are planning on bringing company, they have the option of trying to barter for a seat on the same plane, or taking an affordable ticket before or after you," he says.

Or you could be lucky like UK couple Carrie Fisher and Kyle McNicol, who were the only passengers on their flight from Krabi, Thailand to Penang, Malaysia. Image: Carrie Fisher

James also advises subscribing for updates from the airlines, as they usually post their last-minute flight sales on social media and on their email newsletters. "They don’t want the seats to go empty, but they’ll be giving priority to loyal brand followers," he says.  "Become one, and your loyalty may be rewarded."

Subscribe for updates from the airlines as they usually post sale son social media and newletters. Image: Ariel Skelley

Thanks to the popularity of home-stay services like Airbnb and Couchsurfing, travellers can easily take up residence in a new city or countryside, and if carefully selected, can do it more economically than availing of traditional accommodation options. According to Cheapflights, people are seeking a more personalised and “authentic” experience, and they can do that by pairing themselves with services like local tour guide matching and EatWith style of at-home dining with locals to get a full-immersion vacation.

All-inclusive packages sound great but are they worth the extra expense?

Andrew Brown of Post Office Travel Money has a word for bargain-hunters who want to take advantage of the great package offers being provided by tour operators. "They will be well-advised to add on the cost of meals and drinks in resorts to find the destination that will give them the best overall value," he says. "In places like Dubai where meal and drinks prices are high, booking all-inclusive packages will keep their costs down."

He also sounds a note of caution in relation to exchange rates for British holiday-makers. "To get the most for their money, bargain-hunters should pick destinations where sterling is currently performing best and also where the cost of meals, drinks and other tourist staples is low," he says.

What should you look out for if you plan to bring the family?

"If you are a family traveller, many hotels and resorts offer fantastic savings for parents travelling with children, in particular to destinations such as Fiji and Bali," says Amanda Behre from Wotif. "For example, children under 12 stay free at the Radisson Blu Resort Fiji.

Amanda also advises going off the beaten track to find a holiday bargain. "It sounds obvious, but of course the most popular destinations are more than likely going to be more expensive," she warns. "Consider going to less-travelled destinations within countries – for example, swap Seminyak Bali for the quieter and often cheaper Canggu region."

What is the best way to go about it if you'd like to go on a longer trip?

For those who wish to embark on a longer trip than your average holiday, Henrik Jeppesen, who has visited every country in the world and is still travelling, has this advice. "If you don't have much money but still want to travel, you need to eliminate the number one expense in travel -  accommodation - by staying with local people through Couchsurfing," he says.

If you're planning on a longer trip, make sure to keep an eye on low-cost airlines and low-cost buses. Image by Sonny Abesamis / CC BY 2.0

"Also, make sure to keep an eye on low-cost airlines and low-cost buses," he says. "Going for every country and especially every territory (like my current mission) is a completely different story, as some countries are very expensive to visit and are best avoided for people on a budget. Always go where it makes sense financially for your budget. When you're ready for the first big trip to another continent, I would highly recommend exploring Southeast Asia first before going elsewhere."

How do currency and exchange rates play a role in making savings?

"Check out the exchange rates for the destination you are headed to and as a rule, never purchase your travel dollars at the airport or hotel, as they are notoriously known to have high exchange rates," says Amanda Behre from Wotif.

Check out online currency rates rather than buying last-minute at the airport or hotel. Image: Julien Behal/PA Wire

"Online tools are the way to go and it’s best to pre-order foreign currency online to lock in a good rate from a travel money specialist. Overall, the best way to get a great exchange rate is to shop around, understand the lingo, negotiate on price and know your currency so you don’t end up paying more. It may seem small, but the difference between getting 1.3 or 1.4 US dollars to AU dollar can sometimes mean an extra $50-$80 in your pocket when you’re spending $2000."

The Temples of Angkor in Cambodia were named Lonely Planet's top tourist destination. Image by Dennis Jarvis / CC BY 2.0

Places that are accessible tend to be cheaper as there are increased options in comparison to more remote places. "The most obvious example of a destination set to benefit from a new direct flight from the UK in 2017 is Chile, which has already leapt to third place in the Post Office’s list of Fastest Growing Currencies over the past year with a 30 per cent surge in peso sales," says Andrew Brown of Post Office Travel Money.

A new direct flight from the UK to Chile has been introduced. Image: Ken Hornbrook/Getty Images

“Vietnam, Mexico and Costa Rica are good examples of tropical destinations that have reaped the benefit of easier access. Closer to home, the same applies to Croatia. Riga in Latvia, Tallinn in Estonia and Vilnius in Lithuania have consistently rated among the cheapest city break destinations in 2016 and previous years and are expected to do so again in 2017. The cost of meals and drinks is really cheap in all three Baltic States and this is an important consideration on a city break holiday." 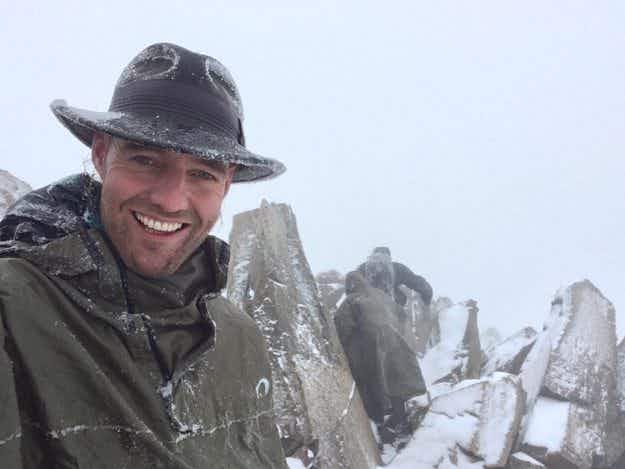 This man is travelling to every country in the world…