You're never too old to derive pleasure from travelling, and 89-year-old Russian grandmother Yelena Yerkhova is living proof of that. She has been taking regular trips alone to discover new countries and cultures since she was 83, and has just recently returned from Vietnam and Israel.

Grandma Lena, as she prefers to be called, lives in Krasnoyarsk, Siberia. She began travelling at the age of 83 to make up for being unable to do so in her earlier years. Her reasons for not travelling abroad when she was younger included work commitments and the falling of the Iron Curtain.

The Russian grandmother receives an increased pension for serving as a home front worker during WWII. She sets aside 10,000 rubles ($155) per month to fund her travels, and also grows and sells flowers and takes sewing orders.

Grandma Lena mostly travels to the Czech Republic and loves Karlovy Vary. She has also been to Germany, and hopes to visit Italy or the Dominican Republic for her 90th birthday. While in Vietnam. Grandma Lena rode a moped, drank cocktails and tasted the local delicacies. She has also taken a camel ride in Israel. She makes friends wherever she goes, and locals and tourists help her by showing her around and offering her food and drink.

Grandma Lena now has an Instagram and Facebook account operated by her grandson and others. Her travels are likely to increase because, as her fame is spreading, tour operators are offering her cheap travels. People on social media have also donated to the Active Age debit card given to her by Russian commercial bank, Sberbank, who have also promised her a trip to anywhere in the world.

We can't wait to see where this adventurous grandmother travels to next! 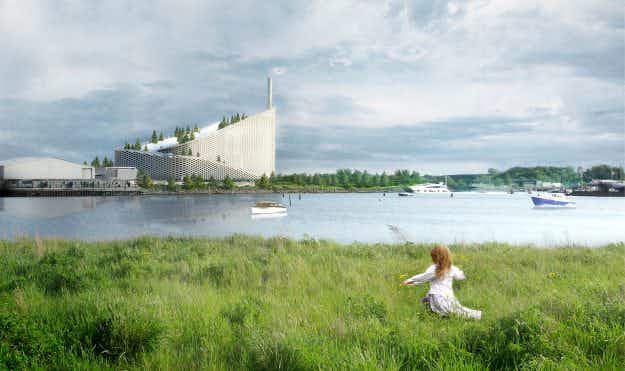 The rooftop of Copenhagen’s new green power plant is to…