Tel Aviv’s Rabin Square is being transformed into a gaming centre each Thursday evening, as retro video games light up the side of the city hall.

The facade of the building has been fitted with 480 LED lights for a 32,000-square-foot screen - making it the perfect place to play giant Tetris. Two huge rubber joysticks, almost five-foot tall, have been positioned in Rabin Square, where members of the public can play for free. “Playing games seems like a great way to utilise it for the enjoyment of the residents and visitors,” a municipality spokesman said. Initially the lights were installed to be used for advertising purposes, but the decision to use them for public gaming instead seems to be a popular one.

The giant Tetris tournament illuminating the windows of the facade of the Tel Aviv-Yafo Municipality building. Image by JACK GUEZ/AFP/Getty Images)

Not a Tetris fan? No problem. Versions of other 80s faves Snake and Pong are also going to be available to play, with the games running in rotation after dark every Thursday night until the end of the month. The installation is part of the DLD Tel Aviv Innovation Festival (25-29 September).

While this innovation is a first for Israel, it’s not the first time giant gaming like this has been pulled off. CNN reports that in 2014, Tetris was played on the surface of a 29-storey Philadelphia building, while the previous year some MIT students managed to hack the lights on the side of a Massachusetts campus building to play the game. And next for the addictive Game Boy classic? The big screen apparently, as plans for a Tetris sci-fi trilogy are underway in Hollywood. 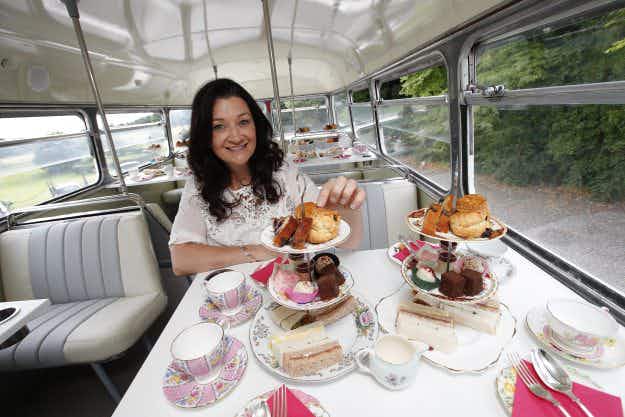 Let them eat cake (and drink tea on a vintage…

Now you can watch the sunrise from the top of…