Fans of Star Wars have been waiting years for George Lucas to build The Lucas Museum of Narrative Art, dedicated to the famed director’s personal collection of paintings, illustrations, movie memorabilia and more.

Concept drawing for the Lucas Museum of Narrative Art in Chicago. Image by LMNA

Until this week, the museum was slated to be built in Chicago, but the proposed location was subject to a lawsuit by a preservation group called Friends of the Parks. The group argued that the project, which will be privately funded by Lucas, would be taking over public land, as well as being located on the city’s protected lakefront. On Friday, a statement posted on the Lucas Museum website announced that the museum will no longer be built in Chicago, but will instead head to a location in California. The statement cited delays caused by the Friends of the Parks’ legal action as the reason to start looking for a West Coast home. The Chicago location, which was next to Soldier Field, had already been given zoning approval by the city council for the 300,000-square-foot project.

Lucas notes that while the museum will not be located in Chicago, he and his wife Mellody Hobson will continue to support the city’s educational and cultural activities. The goal of the proposed museum “remains dedicated to expanding public understanding and appreciation of narrative art in all its forms, providing inspiration and learning, especially for young people”.

See incredible drone footage of the Philippines as its never… 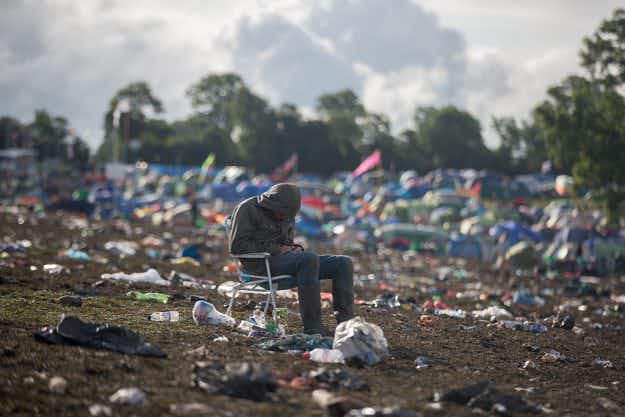 Happy campers: Glastonbury revellers depart a soggy festival after a…