In the 80 years since the very first flight from Gatwick, the London airport has been host to many prominent figures like Queen Elizabeth II, Princess Diana, John F. Kennedy and more.

The airport marked its 80th anniversary on 17 May, the same week it served more than 41 million passengers for the first time ever. To celebrate, the airport released images of some of the incredible visitors that have passed through over the years.

Diana, Princess of Wales listens to the dialogue of pilots as they come into land at Gatwick Airport during her visit to the Control Tower.

That first commercial flight from Gatwick went to Paris and since that time the airport has grown, with a plane taking off or landing nearly every minute.

Pope John Paul II kisses the ground as he arrives at Gatwick Airport for a six day visit to Great Britain on May 28th, 1982. Image by AP Photo/POOL via Gatwick Airport

The fare for that first flight to Paris was £4 and 5 shillings, which is equivalent to about £160 today, and included a first class train fare from London Victoria.

The airport published amazing photos from its history, such as Pope John Paul II kissing the ground on arrival at Gatwick Airport in 1982. The six-day visit was the first papal visit to the UK. Another image shows Midge Ure, 31 of the Rock Group Ultravox, spraying a message on a water tanker at Gatwick Airport.

Mr John F. Kennedy, President of the United States, with Mr Harold Macmillan after the President's arrival at Gatwick Airport in 1963.

Back when it opened, Paris was one of just five routes that began in the first year of the airport’s operation, along with Malmö, Amsterdam, Hamburg and Copenhagen. Now the airport sees flights to more than 200 destinations in 90 countries.

Midge Ure, 31 of the Rock Group Ultravox, who with Bob Geldof wrote the Band Aid single 'Do They Know It's Christmas?', spraying a message on a water tanker.

See the thousands of red crabs form a carpet on… 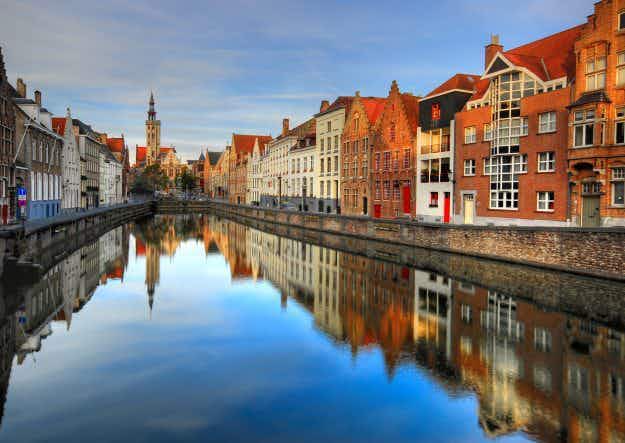 World's first ever 2 mile-long beer pipeline to be built…