Most of Spain has been hit with snow and rain in recent weeks, but not the north-western region of Galicia, which has experienced a rare drought over the last seven months.

The drought has hit at a time when the rest of Spain is experiencing rain and snow. Image by Chantada Turismo

Water levels in reservoirs have dropped, prompting the government to establish a state of pre-alert and advise businesses to be responsible in their water consumption. Spanish News Today reports one rather striking consequence of the drought, though: villages and archaeological sites, that were submerged during the Franco regime to form reservoirs, have returned to the surface, and in some cases can even be explored. Most of these remains have not been seen in decades.

In the Chantada municipality, in the province of Lugo, the Belesar reservoir has receded to the extent that visitors can now walk to the remains of Castro Candaz, which has some stunningly well-preserved Roman vineyard terraces. Previously, the tip of the promontory, on which the site stands, was occasionally visible in summer, but now the isthmus linking it to shore is accessible, prompting a flood of visitors. There is some concern that the sudden influx could damage the walls, which have survived for thousands of years. Belesar reservoir is only at 25% capacity and at the other side of the lake, the old town of Portomarín has reappeared for the first time since 1963, when it was submerged and the city rebuilt on higher ground. 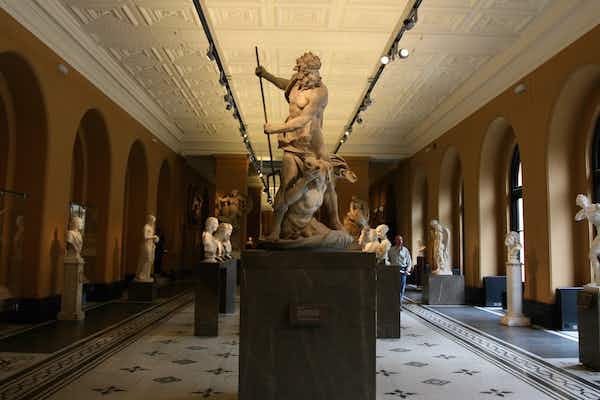 Marvel at the stunning colours a photographer has captured of…